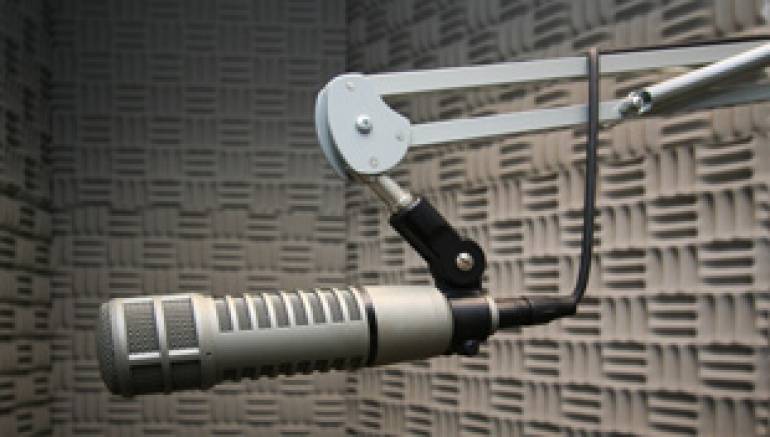 There’s one inescapable truth about recording - it’s hard to keep it to yourself. Unless you live in the middle of nowhere or direct-line all of your tracks, there’s a good chance that your housemates, neighbors and other unintended (and potentially hostile) audiences will be privy to your studio sessions, particularly if you’re prone to using amplification.

However, a few basic soundproofing tools and techniques can help immeasurably. Using sound absorption to quell unwanted reflections and trim the overall room volume will not only make your room less noisy on the outside, it will also make for a much more pleasant recording experience for those within. And in addition to keeping inside noises from leaking out, you can take steps to prevent outside noises from interfering with your recorded work.

When treating a room for sound, never overdo it; you’re looking to strike a balance between absorption and warmth. A space that’s completely padded down might be less voluminous, but you don’t want to suck all the life out of your room completely.

Toning Down Your Work Area
First, what does your recording area look like? Any room that’s perfectly square can be problematic, since four walls of equal measure encourage sound waves to start bouncing. Which is why asymmetrical rooms (such as those with an alcove, dropped ceiling, bump-out or any other kind of protuberance) are usually best for recording.

If all you’ve got is a box, though, some mild-to-moderate room dampening is probably necessary. If you use electric instruments, this is particularly important - the more interior vibrations there are, the louder the room will sound from the outside. Start with the floors: A few heavy throw rugs work well, or, if you’re looking for a more permanent solution, consider commercial grade indoor-outdoor carpeting laid over a thick felt carpet pad (made from fiber, not foam). If you’re in a basement, be sure to run a de-humidifier during the summer months, since any kind of carpeting can easily collect moisture and create mold problems. If there are people living directly below you, you might want to put down a layer of soundboard (which comes in inexpensive 4x8 panels) between the carpet and the floor, which will help cut down on noise transmissions.

Another good way to defeat room reflections is to attach some sound-absorbing material to one wall, while leaving the facing wall surface reflective. Fabric, a hanging tapestry, or even a blanket covering at least half of the wall will do the job. You could also use a few slabs of Auralex acoustical foam, or, for a cheaper solution, a portable foam mattress cut into large squares.

A common problem for basement studios is sound traveling through the ceiling into an upstairs living area. One easy and fairly inexpensive way to address this issue is to attach a few heavy blankets to the underside of the studio ceiling. Packing blankets (also known as “moving” blankets) work quite well for this; Mamaroneck, NY-based MoversSupplies.com even markets an extra heavy “Producer’s Choice” blanket specifically for use in recording studios.

Another easy to way to tone your room is to simply fill it up with stuff. Combinations of soft and hard surfaces often work best together, but just about anything that’s not nailed down will soak up all kinds of extra sound. The more space you can fill the better. Bass frequencies (from kick drum and bass amps) are the hardest to contain; however, a large empty amp cabinet, a few cardboard boxes, a thick throw rug or even a small sofa or loveseat placed in the vicinity of the sound source act as “bass traps” and are effective for controlling boominess.

Even if you’re a relatively mild-mannered solo artist who’s not planning on making a ton of noise, remember that you want to stop unwanted outside noises from invading your space as well. Things like rumbling furnaces, motorized appliances, even trucks passing by are particularly troublesome, though any kind of extraneous noise is fair game if your microphone is hot enough. Naturally, the first place to start is by checking your room for any visible gaps-in the walls, the doors, windows, etc-then filling them with suitable insulating compounds. Use a modest amount of caulking or expanding foam for all ceiling and wall fissures. Doors and windows should receive the most attention. For extra insurance, try putting some thick rubber pads on the base of your mic stand, which will help prevent floor vibrations from traveling into your microphone.

Sound Treatment for Mixing
In addition to treating your recording area, you’ll want to make sure that the space you use for listening and mixing is up to snuff as well (again, rooms with asymmetrical walls are best). Start by repeating the “live-wall/dead-wall” method described above and attaching some sound-deadening material to one side of the room, leaving the opposite wall reflective. If your mixes lack definition, you can add some acoustical foam or other absorbent substance to the wall directly behind your monitors (from the ceiling down). Treat bare floors with carpeting or a few large throw rugs. If you use monitors instead of headphones (and you should - your ears will thank you later), keep the speakers close enough to your mixing position as possible (roughly three feet from your ears) in order to maximize the direct sound from the speakers and eliminate room abnormalities. To prevent any reflections that can occur from the rear, situate the monitors as close to a back wall as possible; however, if you happen to have a larger space, the optimal position is the middle of the room, well away from any reflective source. If you have your monitors situated on stands, place a small piece of foam padding between the stand and the speaker, which will help cut down on bass reflections from the stand itself and also “de-couple” the monitors from the floor. Finally, adjusting the height of your monitors (or even the height of your chair!) will help re-direct any unwanted sound waves. Mixing at low volume will help remove any inherent room problems as well.