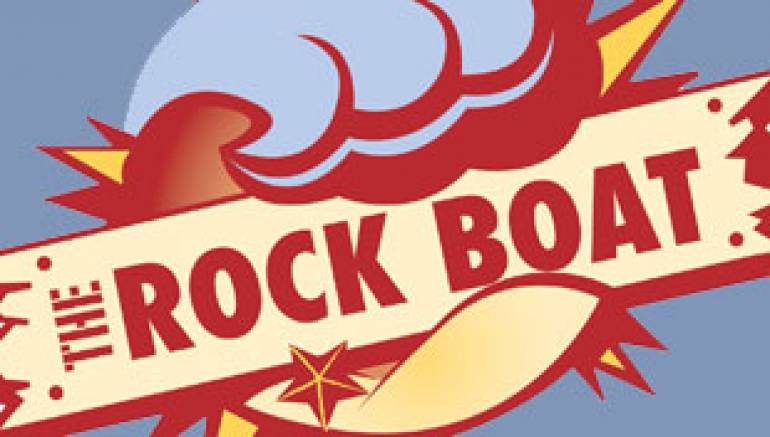 The Rock Boat, touted as “the world’s largest floating music festival,” is set for October 7-11, 2004, A highlight of the cruise will be the naming of the winners of BMI’s The Rock Boat Washed Ashore Concert Cruise 2004 Song Contest, who will be given a chance to perform, mix and mingle with musicians, industry executives and other music fans. Click here for details.

The Rock Boat was developed by rock act Sister Hazel and its management company, Sixthman. “It started because the fans wanted a convention, which we had done in an informal way before - a ‘Come down to Charleston on Memorial Day and meet the band’ kind of thing,” recalls Sixthman principal Andy Levine. “But then we wanted to do something different, and started looking at various options. At one point, I happened to be on a plane next to a travel agent, and I was telling her about it, and she said, ‘Do a cruise.’ So that’s how we brought it together.”

The original Rock Boat featured about 400 fans and Sister Hazel and Dexter Freebish - “We were really just a large group on the boat” - but over time it has evolved into its current state: chartering an entire boat, and adding several other bands, to accommodate an ever-growing audience. This year’s line-up includes Hazel, Gavin DeGraw, Shawn Mullins, Cowboy Mouth and The Clarks.

“We realized that if we wanted to have the entire ship, which we definitely wanted to do, we needed more bands,” Levine says. “Before we were just amongst the passengers. Now it’s the difference between having a party when your parents are at home, and having one when they’re out of town.”

With little in the way of marketing push, Levine says they’ve successfully relied on word of mouth for the past three years to grow the Rock Boat experience. “The bands are pretty active and aggressive with their mailing lists, and we keep the website updated all the time,” he says. “We also offer people a $50 credit if they bring someone on for the first time, which has turned out to be a pretty successful referral program: We’ve had 500 people collect that credit this year.”

The Rock Boat has been so successful that Sixthman and Sister Hazel were able to add a springtime skiing adventure, “The Rock Slope,” earlier this year. “I ran into someone on the first Rock Boat who was feeling no pain,” Levine chuckles. “And he said he had just three words to share with me: The Rock Slope.”

After 18 months of research, the first Rock Slope took place at Steamboat Springs, Colorado in late March, with acts including Sister Hazel, Tonic, Mullins and Dexter Freebish. “The weather and the skiing were awesome, and we’re going back next St. Patrick’s Day,” Levine says, estimating that up to 1,000 people could be involved with the next Rock Slope.

For now, however, the focus remains very much on The Rock Boat. “The cool thing is that we’ve been getting a lot of calls from labels and managers to get onboard this time,” he says. “In the past we had to put on a pretty hard sell, but the event is taking on a life of its own, and it provides a great opportunity for the artists to network with each other and their fans and to have a good time.

“We have worked very hard over the years,” he adds, “but it turns out to be one hell of an experience, both for the fans and the artists.”