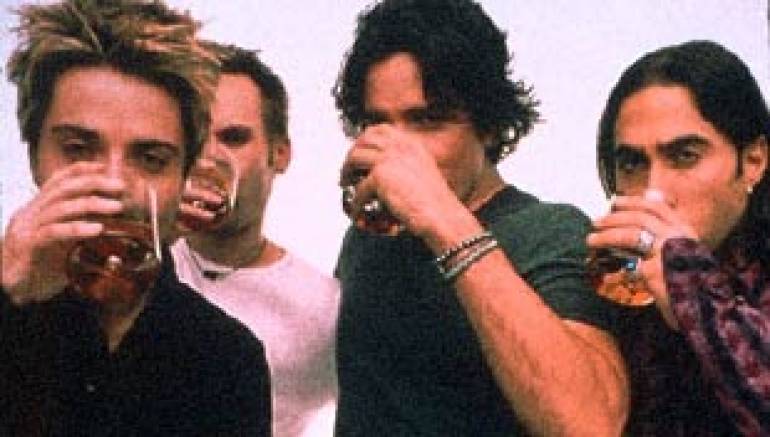 Third Eye Blind is a good example of a band that worked for years refining their sounds and experimenting with different personnel until they had the right combination for major label success. The independent route was never an option for lead singer and bandleader Stephan Jenkins. He always wanted—and ultimately achieved—mainstream success.

Stephan has always had a tremendous sense of self-confidence. Among his many talents, I think this is his most attractive trait. I’ll never forget when he walked into my office—a total unknown—sat down at my desk, and proceeded to tell me how to run my showcase! I wasn’t mad. I was amused at his seriousness. He has never been shy about going after what he wants.

Even in the early stages when his career stalled due to early industry management and band difficulties, he would pick himself up after every setback and reapply himself to his chief objective of getting a major label deal. Self-confidence generally garners a bad name, but I think it’s an absolute necessity if you want big time commercial success.

Stephan was able to get a small taste of success when he and a songwriting partner scored a minor hit on the Beverly Hills 90210 compilation CD. He quickly signed with a big league Los Angeles management firm and proceeded to be ignored. He returned to San Francisco licking his wounds but with a better sense of what was needed to sustain the industry’s interest. He capitalized on his nascent five minutes of fame with a publishing deal, which supported him while he wrote songs and played around the Bay Area, testing several variations of band personnel.

When Stephan met bass player Arion Salazar (whose band Fungo Mungo had been signed to Island Records), he knew he had found a musical soulmate. With Eric Godtland already committed to the team, these three created the nucleus of Third Eye Blind. Guitar players and drummers came and went, but when Kevin Cadogan joined on guitar and Brad Hargreaves on drums, the lineup was fairly intact.

It was at this time, in mid-1995, that I asked Third Eye Blind to headline my BMI showcase for a local music conference. They were one of the hottest bands in the city and there was no place for them to go but up. The Paradise Lounge was packed the night of the show, and I had bands performing on three stages (including Cola, who went on to sign with Epic, release a record, and disappear). Although 3EB played a strong closing set to a roaring crowd, nothing of substance materialized immediately for the band from the industry.

Bolstered with confidence but impatient, Eric, Stephan, and the band decided to use Eric’s money to make a great demo with a professional engineer, then hire an expensive, powerful attorney to shop the record. The band had rearranged a song that Stephan had written called “Semi- Charmed Life” and with the new arrangement they thought they finally had their “hit” song. Six months and $65,000 later they had a demo engineered by then unknown producer Eric Valentine. After meeting with several firms, they hired an attorney in New York who specialized in new artists and shopping demos.

To help the process along, the band arranged a hometown showcase concert at the Fillmore in San Francisco, with other local faves Stroke 9 and Black Lab (both of whom would go on to garner record deals of their own, on Universal and Geffen respectively). Unfortunately, that night was plagued by technical difficulties and Stephan had the flu. Their drummer quit and the crowd was hostile. It was basically a nightmare show, and yet another big opportunity came and went. Stephan’s publishing option expired and was not renewed. Things looked bleak.

Not losing faith, Eric, Stephan, and the lawyer continued to meet with labels. At one meeting, Stephan challenged a label rep to let Third Eye Blind open for Oasis in San Francisco. The rep called his bluff, and 3EB faced a sold-out crowd of rabid Oasis fans a few weeks later. Much to the surprise of everyone except Stephan, the band not only won over the crowd, they were demanded back for a raucous encore. The concert promoter was so impressed he paid them double the agreed-upon amount (this never happens).

Third Eye Blind played a showcase in Los Angeles where Sylvia Rhone, the head of Elektra records, happened to be in attendance. Sylvia had heard the demo from the attorney and the songs had stayed with her. The set bowled her over. Over the objections of her A&R staff, she signed the band. Released in spring 1997 and buoyed by the single success of “Semi-Charmed Life,” their first album sold over three million copies in little more than a year! When this book went to press, 3EB had just released their third record, Out of the Vein, and had plans to tour extensively through the remainder or 2003.