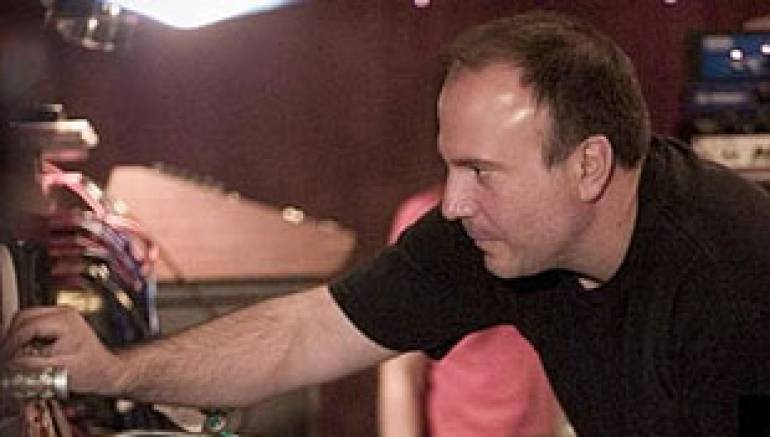 You once made a comment that modern engineering has changed for the worse because young mixers who grew up using digital tools have become accustomed to fixing everything after the fact, rather than learning to get good sounds up front.

It’s true. Plug-ins, for example, are cool, and they’re right there at your fingertips, but they sure can make you lazy-plus they allow you to take something that’s intrinsically bad and make it “good.” And because you can fix everything, perfection has become preferable to vibe. Bottom line, I think there’s just too much stuff out there now! I don’t know how many times someone will come up to me and say, “Man, you should check out this plug-in, it can do this, that, it’s incredible.” In the meantime they’ve got about 18 different things in the signal path-I mean, how are you supposed to get any kind of sound that way? But this is the way it goes, and it just leads to a whole lot of music that sounds totally generic and homogenized.

So how do you combat that?

By making yourself unique in some way. That’s part of the reason why I got my own studio-so I could take the time to make myself sound different from someone else. So when something does come on the radio or someone hears the track on CD, they’re going to take note of it.

Do you think we’ve seen the end of the big studio era?

I think people are always going to want that kind of situation, as long as they’re willing to pay for the service. Still, it’s probably going to be tough for the larger studios over the long haul-rates have come way down, and they’re likely going to experience a fair amount of down time as well.

You’ve always been a big proponent of tracking to tape.

I love using tape for recording drums in particular, there’s just so much more dimension and headroom. For that matter I’d record just about anything to tape, though it’s not always practical. Pro Tools is great, but tape forces you to get the mix and the balance you want right there and then stick with it, whereas Pro Tools and digital make it possible to cut and cut and cut and store stuff for later, which tends to prolong the recording process.

But tape is getting harder to come by these days, not to mention more expensive. So why bother?

For me, it’s always been about the sound. But even the process of rewinding or changing reels can be important, because it gives you time to stop and think about what you’re doing! Also, with tape you’re punching in things like guitars, rather than going back and crossfading like you’d do with Pro Tools, which just makes a lot of extra work.

Do you go for live rhythm tracks when possible?

I try to, but it really depends on the quality of the players-if a band is going to need 10 takes to get the track down, the singer is going to run the risk of blowing out their voice if they’re not properly warmed up. Some bands are completely useless live-in that case, you’re better off just putting the drummer in the room with a click track and going from there.

Would you put the singer in the room with the band if you had enough space?

Ideally I’d want to keep them separated, because usually there’s just too much bleed into the vocal mic, especially if you want to get a decent room sound going-it’s difficult for the singer to hear properly, it just throws them off. So I’ll usually put the singer in an iso-booth of some sort and work that way.

I was just looking at some video from Tom Petty’s recent Mudcrutch sessions, which was all done live in Petty’s rehearsal study, including the vocals, and yet it sounds so nicely balanced.

That’s because you’ve got really good musicians who know how to adjust the feel and the dynamics to that situation. I mean, just hitting the cymbals a little softer because you understand how it will sound during that kind of recording set-up-those kinds of basic musical skills have really gone out the window.

Has your preferred method for miking guitar cabinets changed at all over the years?

I’m still a dynamic mic guy - [Sennheiser] 421s and [Shure] SM57s generally - though I don’t believe in using two mics on any one source. If it’s a cabinet with a single speaker, I might put a second mic back in the room, or just move the mic off the cabinet a bit.

And if you’ve got multiple speakers?

Then I’d pick one mic for the midrange, a mic for the top end and one for the low end. Even then, I’ll still commit to a single track, rather than combining them later-it saves time and you’ve got your guitar sound right there.

Many of the studios you’ve worked in the past, such as A&M and Sound City, had really large recording rooms. Does one need big space to get big sound?

You don’t always need a big room to have a big sound, and you don’t have to go mic-crazy, either. I have studio loudspeakers hooked up, that way if I want I can run the mix back out into the room and mic it up for some extra ambience. I might also place a mono mic somewhere in the room with a lot of added compression and EQ, which gives the overall sound a nice vibe and fills in the gaps-it’s almost like adding reverb in a way. And of course I use basic room mics as well.

It was me asking my manager to go after it-and partly because I thought I could bring something different to their sound. That was the longest gig I’d ever done. It had a lot of big, stereo guitars, which was a departure, since most of their previous records had been just guitars in mono. It was much more exciting to me. And Bob Ludwig did an amazing job mastering. Still, I get both fan mail and hate mail on that one!

Thanks to digital workstations and the like, many people never really get to understand the basics of modern recording hands-on.

I think everyone should have the chance to cut records using physical mixing consoles and even tape, because you just can’t grasp the real art of engineering otherwise. I’ve actually thought of starting a school several times, mainly because I’ve had a number of interns from major recording programs around LA come in and not be able to tell the difference between a male and female XLR - they’re not learning about signal flow in the traditional sense. You need to have the basics down - the proper way to mic a drum kit, knowing when the floor tom is tuned to a different key than the bass drum, what an insert point is, the difference between pre- and post-EQ, what makes certain guitar amps, tubes, and pick-ups unique.

What’s the most fundamental piece of advice you can offer to studio artists?

Find a good room, a good band that has a great drummer-and then all you have to do is set up, get a bunch of takes, and then cut whatever good takes there are together. Go for the natural performance and try to be spontaneous. The main idea is to get the sound you’re after right from the beginning of the recording-because it’s so difficult to add it afterwards.