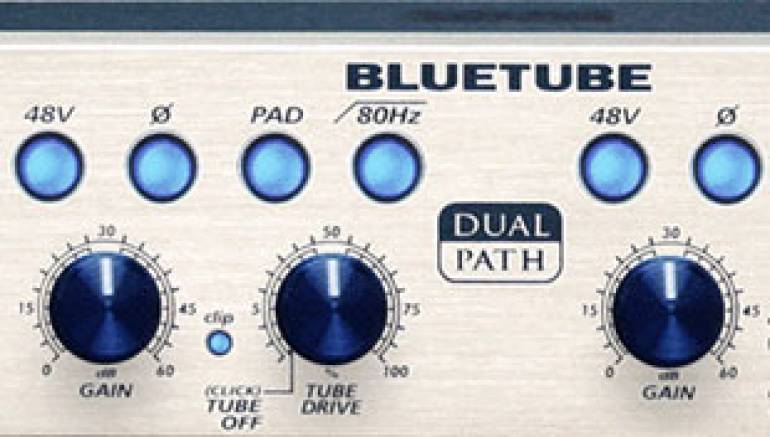 One of the most essential elements in the signal chain is the microphone preamplifier - or “mic pre” for short - whose basic function is to boost the incoming microphone signal to a level suitable enough for recording. For years, the best mic pre’s were sought after for their characteristic warmth and tone. Companies such as Telefunken and United Audio became famous for their top-flight, tube-powered standalone preamplifiers; sound architect Rupert Neve built his own quality mic pre’s straight into the channel strips of his classic recording consoles.

Are you in need of a pre? If your current set-up involves patching an inexpensive dynamic microphone straight into a digital audio workstation or computer sound card, perhaps you’ve noticed that the signal requires maximum gain, or, more importantly, the tone isn’t always up to snuff - in general, it lacks the kind of warmth you’ve heard on classic recordings. If so, your mic might benefit from a little boost and a touch of tube-and that’s where the mic pre comes in.

While those vintage preamps now fetch top dollar on the open market, thanks to manufacturers such as PreSonus and A.R.T., you no longer have to take out a second mortgage in order to get first-class vocal sound. To that end, here’s a small sampling of some practical mic pre’s that have surfaced in recent times, all selling for well under $200. Designed to mate with budget-studio microphones, these units provide power and substance at a price even shoestring-studio owners can easily afford.

ART Tube MP
Using a special “hybrid” design, the 1�-lb. Art Pro Audio Tube MP adds mic-signal warmth and body reminiscent of classic tube pre-amp systems. It includes a 12AX7a tube, phantom-power and phase-reverse settings, and takes both XLR and �” inputs. Though designed primarily as a mic companion, the Tube MP may also be used for impedance matching and instrument-signal amplifying as well. (Also check out the Tube MP Studio Mic model, which sports a VU meter as well).

Bellari MP105 Tube Mic Preamp
For the truly budget-minded, the MP105 offers typical mic-pre features like XLR balanced and 1/4” unbalanced inputs and outputs and 48v phantom power. The MP105 adds traditional warmth to a mic signal, but its 75dB gain allows users to make it hard and nasty if the situation warrants.

Joemeek VC3Q Pro Channel Mic Pre
The VC3Q lets you get low-noise, warm and classic - and compressed as well, thanks to the inclusion of the highly touted Joemeek “photo-optical” compressor.  The VC3Q comes complete with many of the attributes found on the popular VC6 Meekbox, including compression depth control, variable-release speed and variable ratio, as well as a signal enhancer.