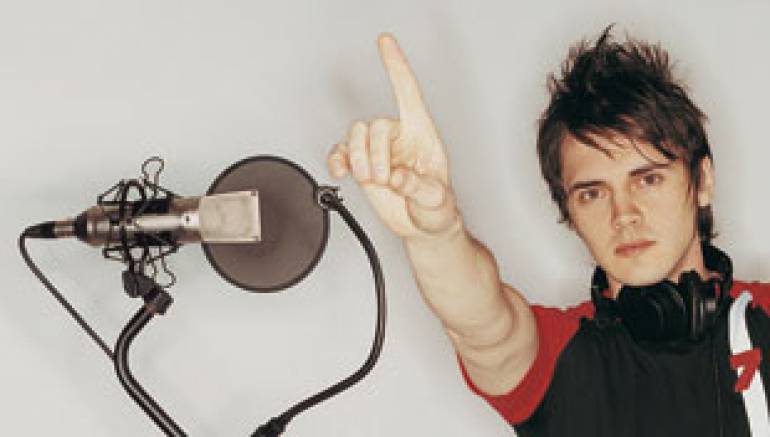 In the last installment, we looked at a handful of microphones that have been industry favorites for decades. While dynamic mics typically are your best bang for the buck (particularly when shopping for an older model), there are many good condenser and ribbon microphone values out there, if you know where to look and what to look for.

But first, a word about “polar” patterns - the amount of sound both in front of and behind the microphone that can be recorded. For instance, the pick-up pattern of dynamic mics (such as the Shure SM58) is usually limited to sounds emanating from directly in front of the microphone, while sounds to the sides and coming from the rear are mostly rejected (known as a “cardioid” pattern). On the other hand, classic large-diaphragm condensers like the Neumann U-87 (or its various imitators) are often outfitted with a switch that lets you choose between multiple pick-up patterns (cardioid, omnidirectional and figure-of-eight).

Another thing to consider is sensitivity. For instance, dynamic (and ribbon) mics usually require more boost than powered condenser mics. While at first this may sound like a drawback, for those of us working in small rooms stuffed with lots of amps, dynamic mics are often the best choice, since they can be used to record one sound source without an overabundance of interference from nearby sources. Though leakage is always a welcome element in any recording, with their high gain and omnidirectional capability, condenser microphones can actually pick up too much sound, especially when all the instruments are crammed together in a puny rehearsal room. In other words, when recording in a small environment, one might use less-sensitive mics without sound baffling, which will encourage the blending of sounds (but not excessively so), while reserving your precious large-diaphragm condenser for more “controlled” settings, such as recording lead vocals, isolated acoustic guitar and whatnot.

Many of the following models can be purchased new or from vintage dealers. Remember, prices on older models can vary, so be sure to check eBay or musicians classifieds beforehand to get a feel for the current price range of the model you’re interested in purchasing.

AKG C451/AKG C451 B
The vintage small-capsule 451 arrived in the late ‘60s as a first-ever modular-system condenser mic that could be outfitted with a number of different capsules that screwed onto the top. Recently reissued by AKG as the C451Bs, this popular model handles a host of applications, most commonly as a drum overhead or recording acoustic guitar or piano. Vintage models run $250-$325; new, $500

AKG C414
A mainstay since the ‘70s, the large-capsule C414 works equally well for vocals and room miking; comes with a four-position pattern switch and low-end rolloff. A pretty good value for a condenser ($700 and up)

Neumann U-87
The words “vintage” and “Neumann” usually add up to “forget it,” but anyone who’s in this business probably spends at least a few hours out of the month scouring the Internet for a U-87 at a sub-market price. THE king of studio cool, the solid-state 87 (the successor to the U-47 and U-67 models) has three switchable polar patterns, a 10dB pad and low-end roll-off. Oh yeah, and it sounds really great on just about anything. Some engineers prefer the older 87s, which have a bit less bite than their newer counterparts. Vintage models average around $1500, with the occasional banged-up specimen going for $1,000 or perhaps a bit less, if you’re lucky; newer versions (the Ai series) run in the $2,000 range, give or take.

Neumann TLM 103
An affordable way to put a Neumann in the basement, the cardioid-only 103 has a large diaphragm based on the 87 design, offering full frequency response on a wide range of recording applications. As low as $600-$700.

RODE NTK/RODE K2
Who says only rich kids can afford real tube condenser mics? Australia’s RODE offers a selection of value valve models, from the cardioid-based NTK (featuring a gold-plated membrane and twin triode tubes - power supply included), to the more recent K2 (dual diaphragm capsule, variable polar pattern), both superb for cutting acoustic instruments, vocals, horns, and more. The NTK goes for $500 new, $300 and up used; a new K2 costs $700, around $500 or more secondhand. If it’s been a very good year, consider the flagship Classic II - $1,600, but you may never need another mic.

Western Electric/Altec 639A (vintage)
A truly distinctive model from the heyday of radio, the 639A (which became Altec a few years later) made its debut in the late - ‘30s and immediately gained popularity among broadcasters. Switchable between figure-of-eight, non-directional and cardioid patterns, for decades the 639 - dubbed the “Birdcage” - was (and still is) the mic of choice for recording acoustic bass, bass amp and other low-end sources. If you can find one for under $800, grab it.

RCA 77-DX , RCA 44-BX (vintage)
The top dogs of the vintage ribbon arena, the unidirectional 77 first appeared in 1932 with a two-element ribbon, which was later boiled down to a single ribbon that offered multiple directional patterns. The kingpin of the 77 line was the legendary DX model, heard on nearly every notable RCA recording throughout the ‘50s, ‘60s and beyond. The 44 debuted near the end of the ‘30s as a lower-cost alternative to the 77. Rather than inhibit the original king of bump ‘n grind, legend has it that RCA engineer Steve Shoals surrounded Elvis Presley with a bunch of 77s and 44s, thereby ensuring error-free vocal transmission! Today, these treasured mics fetch top dollar ($1500-$2500), however a few have been known to fall through the cracks for as low as $500. Look sharp.

Electro-Voice V2 (vintage)
A suitable and affordable substitute to the pricey RCA 77. Though not nearly as transparent as the RCA models, the two-pattern V2 nevertheless does a dandy job on vocals or guitar-and best of all, puts an authentic vintage ribbon into your closet for as little as $100-$300.

Reslo Reslosound (vintage)
Remember those clips of a pre-global Beatles pumping out the tunes in the dank dark Cavern Club? Those are Reslosound mics the boys are using, a budget figure-of-eight ribbon made in the UK way back when. A fairly one-dimensional mic at best with a lower frequency response than most-but for $100 and the chance to feel like a young Paul McCartney, do you really care?

NADY RSM-2 Gold or Platinum
NADY, a company that specializes in authentic replicas at eye-popping prices, scored a bulls-eye with this large-ribbon tribute to the RCA-44. Works nicely on acoustic bass, vocals, horns, you name it (only $200 or less).

Shure Model 55
Dating back to the late ‘30s, the unidirectional 55 Series “Unidyne” was favored by political speakers and nightclub singers alike, and quickly became one of the most popular vocal microphones of its time. The Unidyne combines omni- and bi-directional patterns in one cartridge, is tough as nails and versatile to a fault-and looks way cool to boot. Shure is still turning them out (in several different configurations), ranging from $150-$200; you can find them used for as low as $100.