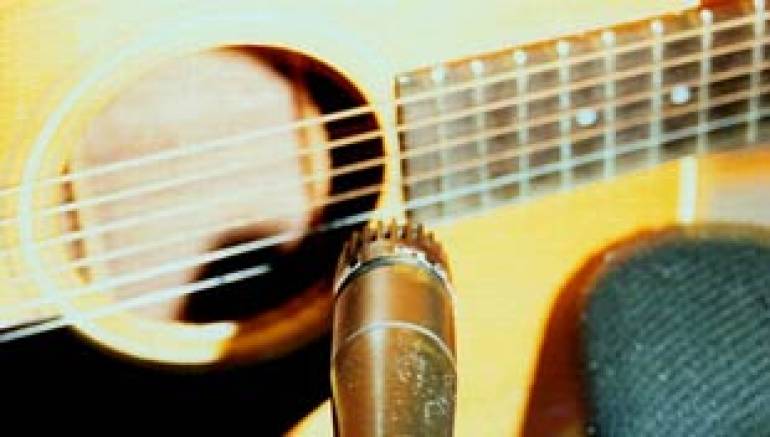 Ever noticed that a song you recorded at home occasionally sounds very different (and not always for the better) when played through someone else’s system? Because all listening environments aren’t created equal, the best way to avoid radical changes in sound from one room to the next is to take your own room out of the equation for the purpose of mixing. The best place to start is by using the right kind of monitors - and knowing where to put them.

Though custom control rooms are equipped with highly sophisticated monitoring systems, for years many audio engineers have employed the cheapest, flattest-sounding speakers they could find as “reference monitors” - i.e., car-radio speakers, boomboxes, etc. - with the idea that if it sounds good on small, flat speakers, it’ll sound good anywhere. However, an opposing viewpoint holds that if your music sounds really good on really good-sounding speakers, you’ll want to keep right on recording.

What you want is something in between - a set-up that provides you with an accurate portrait of the mix without making a really crappy song sound really brilliant. The answer: a good pair of nearfield monitors. Unlike big speakers that can be challenging to control and require a much larger listening environment, nearfield monitors facilitate proper EQ, balance and sound level when working in a small area, leaving you with a uniform mix that, theoretically, will sound the same no matter where you go.

Passive or Active
Nearfield monitors (typically any small speaker enclosure with drivers 6.5” or less) come in two flavors: passive (unpowered) and active (equipped with built-in amplifiers). Passive monitors cost less, but you’ll have to match them with some kind of basic power supply (anywhere from 75-150 watts). While a standalone power amp is typically the best choice (since there is no EQ to artificially “color” the mixes), any basic audio component will do, so long as the EQ settings are bypassed. The chief attribute of any self-powered monitor system is its on-board amplifiers, which, theoretically, have been matched to the specifications of the individual drivers, thereby providing truer, more accurate response and, in turn, taking most of the mystery (and misery) out of the mixing process.

Close To You
Whether you choose passive or active monitors, room placement is crucial, particularly when working in a small environment. Rule #1: Arrange the monitors close enough to your mix position (approximately three feet from your ears) in order to maximize the direct sound from the speakers and eliminate any room abnormalities. Also, put the monitors in a part of the room that allows maximum space for the sound to travel (in other words, if your room is 10x12, place the monitors parallel to the 10-foot wall).

To prevent reflections that can occur from the rear of the speaker, situate the monitors as close to the back wall as possible; however, if you have a larger space, the best position is in the middle of the room, well away from any reflective source.

Stands
To keep the monitors in a fixed position exactly at head level, consider using a pair of adjustable speaker stands. However, for a lot less money you could also build a sturdy pair of stands from pine, tailoring the height of the stands to your exact specifications. Even plain wooden stools will do (provided they’re tall enough). Whatever you use, place a small piece of foam padding between the stand and the speaker, which will help cut down on bass reflections from the stand itself.

Room Adjustments
Even if you’ve got the monitors properly placed, some acoustic treatment of your listening space may be necessary - particularly if you’re in a room that’s perfectly square (and conducive to bouncing sound waves). To minimize room reflections, you can simply attach some sound-absorbing material (such as curtains, even strips of carpeting) to one side of the room, leaving the facing wall reflective. If your mixes lack definition, add some acoustical foam or other absorbent substance to the wall directly behind your monitors (from the ceiling down). Treat bare floors with thick carpeting or a few large throw rugs. Building rounded corners into your wall joints is another good idea; simply fasten an eight-foot length of 2x4 treated with carpeting or other absorbing material to each corner. When all else fails, adjusting the height of your monitors (or even the height of your chair!) will help re-direct any unwanted sound waves. Mixing at low volume will help remove any inherent room problems as well.