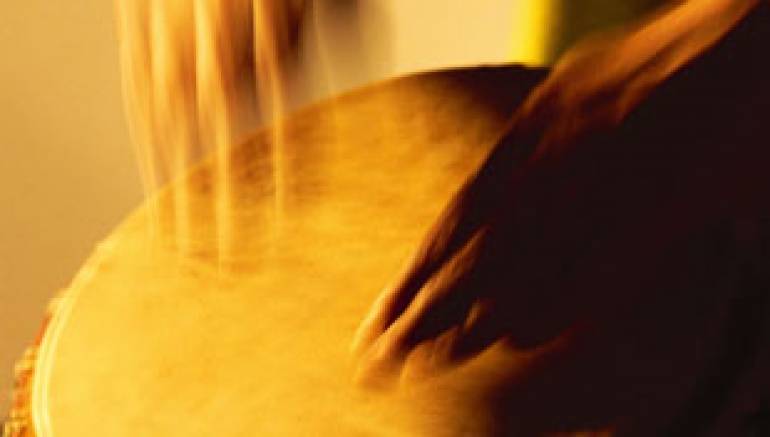 With its undulating rhythms, driving bass lines and spirited vocal harmonies, Latin music (including Latin jazz, salsa, son, bomba y plena, samba, bolero and flamenco) ranks as one of the world’s most powerful art forms. As one might expect, recording Latin rhythm tracks requires a bit more studio savvy and attention to detail (not to mention a few extra microphones) than your standard pop fare. While recording live is the most effective way to capture the energy of the music, a few corners may be cut along the way. Here’s how.

Setting Up
Latin music often requires a larger-than-normal personnel roster, and as one might expect, the more players there are in the room, the harder it is to keep things in focus (particularly if you’re working in really tight quarters). While some leakage is necessary to maintain a live feel, you probably won’t want eight percussionists clanging away to the right of the acoustic guitarist. A few strategically placed sound baffles will help alleviate excessive signal bleed; if necessary, you can always record some of the percussion as an overdub. If you’re using electric bass or an acoustic bass through an amp and there’s too much low-end leakage, consider putting the bassist in a separate area, or, better yet, run the bass straight into the mixing console using a direct-injection box and adjust the EQ accordingly.

Bass Notes
A key element of tejano, salsa, Latin-jazz, and Afro-Cuban song structures is the percussive style of bass playing (in Latin music, the bass typically anticipates the downbeat of each bar by an eighth-note, pulling the rhythm forward and propelling the main groove.) Because the bass notes are rhythmic with little or no sustain, the acoustic upright is often the instrument of choice, and is best captured using a large diaphragm condenser microphone such as a RODE NT2-A, NADY TCM-1100 or, if you’re lucky enough, a Neumann U-87. A piezo pickup may also be used, which allows the bassist to play through an amp or plug directly into the mixing console (perhaps using a little added compression). If using a standard electric bass, flatwound strings will provide a much tighter, rounder tone; either way, when recording off an amp, go for a proper low-frequency microphone such as a Sennheiser E602, AKG D112, EV N/D868 or Shure Beta 91). Situate the mic at least several inches from the grille, or as much as 2-3 feet away in order to allow the sound waves to expand.

Percussion
Be sure to fortify the rhythm mix with any or all of the following: timbales (with a small crash/splash mounted in between, as well as two salsa cowbells, high and low pitched); a pair of congas and bongos; various shakers (including a shekere, maracas, and a cabasa); plus cowbells, claves, and a standard drum set (preferably a kit with ‘fusion’, or small sized toms that project and tune easy). All of the above can be close-miked using basic dynamic models such as the Shure SM57 (or 58), or, for a bit more punch, a Sennheiser MD421. If you can’t lay your hands on enough good percussion equipment, you can always cut corners with a basic software package such as M-Audio’s Vol. 5: Latin Element or Joe Vitale’s Latin Percussion from Sony Media Software (but you didn’t hear that from me).

Guitar
Another striking aspect of Latin music is the sound of the acoustic or nylon-string guitar, which frequently plays a key yet subtle role in the mix (a tradition that harks back to the work of stylists like Brazilian ace Joao Gilberto and his countryman Antonio Carlos Jobim). “I always experiment with the positioning of the microphone until I find the right spot for the adequate balance between fingering definition and low end,” says award-winning engineer Rafa Sardina, who records his guitar tracks to analog and ProTools simultaneously. “I usually start by listening to the guitarist warming up in the room, then I put on a pair of headphones so I can really fine-tune the positioning of the mic and locate the magic spot.” A large-diaphragm condenser mic will capture the warm, full tones of the guitar quite nicely; however, others favor small-diaphragm condensers such as Neumann’s KM184, a mic with a noticeably brighter EQ pattern (helpful for taming unwanted boominess). On the other hand, a simple Shure SM57 can do a plausible job on a budget.