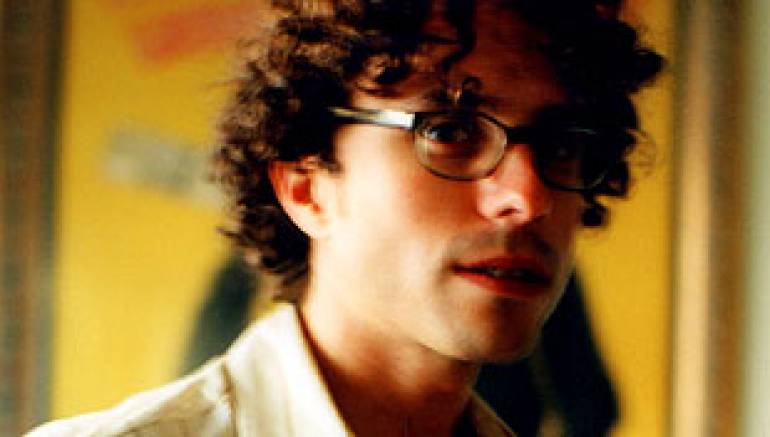 Ask 20 songwriters what makes a good song, and you’ll likely get 20 different answers. But there are some common experiences and beliefs that can benefit novice songwriters as they ply their craft.

If there’s one thing that professional songwriters agree on, it’s that there is no formula for creating a good song. “It’s important to write every day,” says Jeffrey Steele, who was named BMI’s Country Songwriter of the Year for 2003. “You need to be like an athlete, who works out or throws a ball every day. That keeps your chops together, so if a good idea hits, you know where to take it. Once you know the rules, you can break the rules.”

“I’m not one of those writers who tries to write, say, 100 songs a year and then maybe 12 of them work,” adds Jesse Harris, who in addition to recording with his group Jesse Harris & The Ferdinandos has written for and with Norah Jones. “There’s really no routine with it - I write when I feel like it. It’s more difficult to do when you’re busy, but sometimes the songs come whether you’re busy or not.”

That opinion is seconded by Butch Walker, who released 2002’s well-received Left of Self-Centered album under his own name and has written with the likes of Avril Lavigne and Bowling For Soup. “I’m not someone who can just sit down and write to order; I’m not one of those Brill Building types who could sit down and say, ‘Today I’m going to write a song about this,’” he says. “It’s an organic thing for me - I can be at a bar listening to someone spill his guts about something that’s happened, or be out with my buddies and take particular notice of a story that’s being told.”

Singer/songwriter Pat Green, whose Three Days album spent over a year on Billboard’s Country Albums Chart, takes a blunt approach to the question. “Anyone can write a song,” he declares, “but to connect with a lot of people takes a lot of talent and a lot of work. Generally the songs that take 10 minutes to write typically aren’t the ones that are going to go anywhere.”

Each of these writers came to the business from disparate backgrounds: Steele observed his father, an aspiring songwriter, and began penning take-offs of commercial jingles at a young age; Green first got interested in music by watching his father perform in stage musicals; Harris began writing as soon as he learned to play guitar; and Walker did so after putting in time covering other acts’ songs.

“I pretty quickly realized there was no future in that,” Walker laughs. Even so, he says, songwriting “was not something that just clicked one day - it’s a long road to where you’re happy with the songs you’re writing. And I’m still learning - I still write dogshit sometimes, and I wake up the next day and wonder what I was thinking, and end up throwing it in the trash.”

All agree that it’s important to keep writing, even if the results aren’t always perfect. “Do what feels most natural and write what seems the most pleasing to you,” is Harris’ rule of thumb. “Try playing your songs with different musicians and using different arrangements. If you can sing yourself, that’s great, but if not try to find good singers. Really just do it as often as possible. And don’t worry too much about monetary success early on.”

Steele keeps notes on titles, lines of dialog or conversation, and even single words that strike his fancy, often employing them years afterward. “I wrote a song, ‘My Town,’ for [country duo] Montgomery Gentry where every line came from a different area,” he recalls. “There were lines from newspaper clippings, from something somebody told me, from other parts of my life ? it was a big stew of that stuff, but the words just happened to fall in the right way.”

“Keep in mind that not everyone can be as prolific for their age as a Fiona Apple or a John Mayer,” Walker says. “I’m 34 now, but when I was 24 or even 18 like Fiona was when she started out, I was nowhere near that. She emerged as a genius songwriter and lyricist and poet, and it usually doesn’t happen that way with someone so young, unless they’ve lived a lot and been through a lot.

“I was not blessed with that - and most people aren’t,” he adds. “You need to give it time, be patient, and don’t get mad if someone who’s older - or younger - is also better than you.”

Co-writing with others has also proven fruitful for these songwriters, though they all agree that co-writing with a friend or band member - or at least an acquaintance - is usually easier than being set up on what Harris calls “a blind date”: a situation where a publisher, manager or record label pairs up writers who have never met with the hopes that magic will ensue.

“I did some of that when I was first coming up,” Harris says, “and it was not my favorite thing. I try to avoid those now; I prefer to write with someone whose music I know or with whom I’m friends. The songs then come across in a much more natural way.”

Co-writing is commonplace in Nashville. “I’ve always felt that two heads are better than one,” says Green, who adds that most of his songs have been written with others. “But I’m very picky about who I write with. It’s the same with clothes or anything else - you want to be comfortable with something that meets your own tastes.”

Green says that he usually writes with someone he knows, though he was recently paired up with Matchbox Twenty’s Rob Thomas. “It took a minute to get past the stardom, to get to the nuts and bolts and get personal with everything,” he says, “but we had a great time and came up with probably two tracks for the next album.”

How much of a songwriter’s income is actually derived from songwriting varies wildly. Green estimates that songwriting makes up about 25% of his income: “We tour a lot, so there’s a lot of income from that as well as from merchandising, endorsements, and so on.”

Walker estimates that half of his earnings come from songwriting: “I joke that everything I own has some artist’s name attached to it: ‘There’s my Avril swimming pool, there’s my SR-71 car.’”

Steele says about half his income is derived from songwriting: “I still tour quite a bit, though not as much as I once did, and I’m involved with producing and publishing as well. But songwriting is the bread and butter for me; it’s where I most feel ‘in the zone.’”

For Harris, “Almost all of my income comes from songwriting. It’s much harder to make money as a performer. When you have a record deal you have to recoup [advances] and there are so many more expenses involved ? although I’m hoping to balance it out a bit more [between writing and performing] in the future.”

All agree that allying oneself with a reputable person or company to handle some of the more “business-y” ends of the profession - such as publishing and management—is usually a good idea. “When I signed my management deal they pushed me to get someone to collect publishing for me,” Green recalls. “I cannot underestimate the importance of it - a lot of musicians don’t know the process of finding out what’s owed, and how to collect - you’re really flying blind. It’s so important to find someone you trust.”

There are also several misconceptions about songwriting that these writers are quick to dispel. “A lot of people think that writing lyrics is easy, that it won’t be a big deal down the line,” Harris says. “Every single time people are starting out they say, ‘Oh my God, I didn’t know writing lyrics would be so hard.’”

“There are a lot of people who feel that all they need to do is rhyme a couple of words about aggravation and self-loathing and can have a hit song - which actually does work sometimes,” Walker says with a laugh. “But I think that’s shooting really low - you need to challenge yourself. Not everything needs to be about yourself; try to mix it up a bit.”

The biggest misconception, per Green, is that “you can just write something and hand it to someone and then have a hit or at least get the song on a record. That’s something that I thought when I was starting out, and it was a big eye-opener. It helps so much to have a publisher working to get the songs into the right hands. To have someone speaking for you who has a reputation in the industry will give you a much greater chance of getting your songs heard.”

Steele agrees. “A lot of people think that it must be so great to go to your mailbox and get a check for a million dollars every month,” he chuckles. “And songwriting can be extremely lucrative when it’s working. But luck is still a big part of it, and it can take a long time before the big money comes in. Top 10 or Top 5 hits can earn a lot, but rattling around in the 20s - or below - means you’re still going to have to work hard.

“Songwriting can be a real blue-collar job,” he concludes.