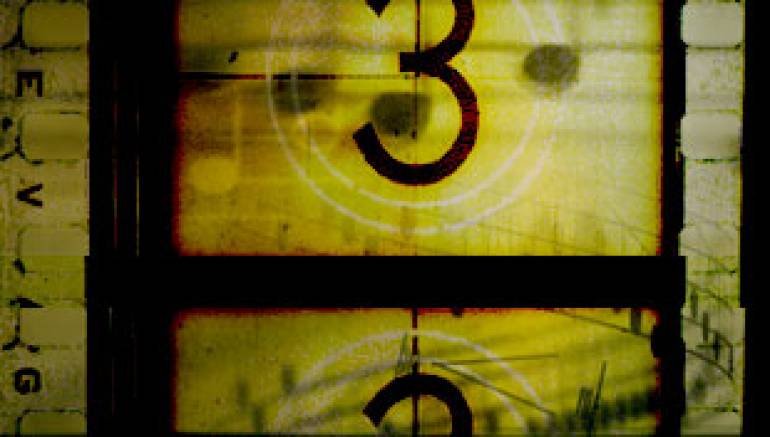 “There is no one guaranteed way to success for people who want to get into writing for film,” says composer Graeme Revell. “They’re now picking people from bands or recording projects, or people who have been doing orchestrations or from music schools.”

Or, in the case of the composer for such films as Aeon Flux, Sin City, The Crow and The Saint, his composing work grew directly out of the rock group he formed while working as an orderly at a mental asylum in his native Australia.

The group, SPK—which grew out of a music therapy course Revell had started at the facility—became something of a minor sensation in Australia, but when he set off for Europe to broaden his horizons, “the other members couldn’t follow, obviously,” he chuckles. Returning to Australia, Revell found himself sitting in his music publisher’s office when producer/director George Miller called up to ask if there was anyone the publisher had who could compose a score for his 1989 chiller Dead Calm.

After a couple of false starts, Revell was able to adapt SPK’s hit single “In Flagrante Delicto” into the film’s score. “The piece had been written between ‘83 and ‘85 as ‘Music for Impossible Films,’ oddly enough,” he recalls, “so writing for films was definitely something I’d considered before.”

Not so for Mychael Danna, a Canadian-born composer whose credits include Capote, Vanity Fair, The Ice Storm and several scores for Canadian filmmaker Atom Egoyan, including The Sweet Hereafter and Exotica.

“I didn’t think [film scoring] was anything that was particularly interesting to me,” he says. “Obviously I’d been to films and heard the music, but it didn’t grab me or leave me with the feeling that this was what I wanted to do.”

That’s how he met Egoyan, who also started out in theater. “We kind of drifted into film, and learned about it together, which was a fantastic way to do it,” Danna continues. “Neither of us was in a pressure setting as far as, ‘This is what film is and what film music should do.’ At that time the Canadian government gave grants to young artists working in film, which was a tremendous way to learn—we did what we wanted to do based 100% on artistic decisions.”

Both composers are now equally at home with small, independent features and Hollywood blockbusters, and quickly acclimated themselves to the time constraints involved with each. “Typically, a composer is brought in during the last 8-12 weeks of the editing process,” Danna says, “and you’re expected to come back with concrete ideas anywhere from a few days to a couple of weeks.

“I love reading scripts,” he adds, “but it almost never gets you to what the film is going to look like.”

Revell agrees: “With the rise of CGI, a film can ultimately look vastly different from its script. In a couple of instances, I’ve wasted my time just writing from the script.”

Revell also warns that those who feel a composer works solely with the film’s director can be in for a shock. “There can be a lot of agendas in a room—the director, the producer, the studio, sometimes the sub-studio which has brought the film to the studio?everyone has a different idea of how it should be, and that requires your bringing all your skills in—diplomatic as well as creative.”

“With bigger films you can run into a situation where there’s more uncertainty as to what they want,” Danna concurs, “and they often make up for that by wielding more control. A lot of times people don’t have the level of trust to let the process happen; they want the answer right away.”

Films are often presented to composers with a “temp track” already in place; that is, a previously recorded piece of work that the filmmakers may like so much that they find it difficult to accept something new. “That, and the rise of digital editing that allows you to tweak an entire film a couple of weeks before its opening, have really become the banes of my existence,” Danna says. “So much money is at stake that the high level of stress involved is understandable, but as a result there’s a tendency towards micro-management that doesn’t necessarily serve the film’s best interests.”

Revell maintains that there are three basic situations in composing for film: “You hope to go in with an idea similar to the filmmakers’; they’re far enough along in the project that there’s a temp track in place where they want something that sounds like that; or they love your music so much from another movie that they want something in the same vein. That’s the approach I enjoy least, actually—it can be most expedient, I suppose, but it’s also quite distressing, because the music from before usually doesn’t fit the other movie, and I find it’s impossible not to copy myself in such a situation.”

Danna agrees that stereotyping can be just as frustrating for composers as it can for actors who are constantly offered the same types of parts. “The nice thing that I heard from the people working on Surf’s Up, which is an animated feature, was that they loved my approach on other films. There’s nothing in my work that would necessarily suggest an animated project, but I was very flattered when they approached me and said, ‘We love the heart you gave to such and such a movie, we want you to do this’.”

Fledgling film composers should also be aware that the job isn’t over when everyone’s agreed on the score. “There’s change all the time,” Danna says. “Reshoots, movies running too late or too early . . . inevitably you’re working on two things at once, which is like having two full-time jobs at once. Sometimes you have nothing to do when you thought you were going to be busy, and other times you’re swamped with work when you thought you’d have time off.

“That’s one thing about this gig,” he laughs. “The hours suck.”

As with most pursuits in the music business, building relationships is key to a successful career in film composing. “Particularly for people who are young and just getting started, seek out young filmmakers who are at the same stage as you are,” Danna says. “They have no budget and are just learning their craft themselves. That’s definitely the time to hook up with them. In 10 years’ time they’ll be making real films, and have real budgets.”

Revell agrees. “Rolfe Kent, someone I very much admire, took that approach and has since done work with [director] Alexander Payne,” including Sideways and About Schmidt.

In some cases a new composer can find success by approaching established names. “You can do that, because [established composers] are always looking for help,” Revell says. “Boris Elkis came up to me at a panel and gave me a CD, and of the hundreds I’ve received, it was just instantly great. He’s now doing programming and arranging for me.”

Danna takes a somewhat dimmer view of the practice. “I don’t have the time or the inclination to give critiques—that’s what school is for,” he says. “But you can work for a composer as an intern, often for nothing or for very little, but it can be worth its weight in gold. You can move up from being chief bottle washer to editing and arranging. Several people who’ve worked for me are now film composers in their own right.”

“Life could be worse,” he laughs.