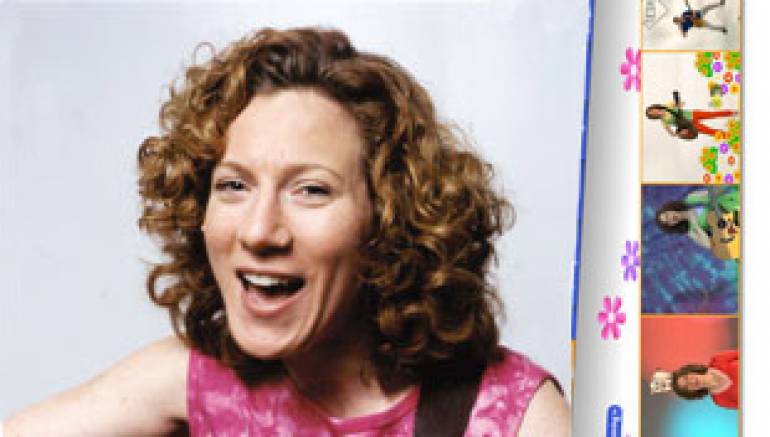 In the world of children’s music, they don’t get much bigger than Laurie Berkner.

That it all kind of happened by accident still amazes observers, including Berkner herself.

“About a year out of college I was teaching music at a pre-school,” she recalls, “and I was having a lot of trouble holding the kids’ attention. I couldn’t figure out how to get them to all want to do the same thing through music, how to make it fun for them. I ended up crying every night.”

Realizing that many of the traditional children’s songs either had no interactive components, or limited themselves to one repeated action, Berkner began searching for songs that encouraged more activity and found herself hitting a wall.

“A lot of the old songs are more about telling a story, which is fine, but it wasn’t what I was looking for,” she says. Taking a page from her studies in Dalcroze Eurhythmics, which promotes music learning through rhythmic movement, she began writing her own material, in some cases making up verses on the spot; by discarding what didn’t work and re-emphasizing what did, she started connecting with her students.

“It was true laziness in some ways,” she laughs, “but I just didn’t have the time to keep searching for songs that did what I wanted them to.”

Although a hit with her students, tunes like “We Are the Dinosaurs,” which switches from a stomping march to quiet “eating” and “resting” periods, culminating in a giant roar, didn’t initially connect with some parents and other educators.

“I got a lot of criticism,” she says. “It was such a different approach that I got a lot of, ‘This is not how you write music for children,’ but it was coming from people who weren’t spending time with 20 kids at a time.

“Kids are moving their bodies all the time,” she continues. “So are we, of course, but kids are more aware of the rhythms their bodies make.” Varying tempos and coming up with interesting words and activities - “Victor Vito” makes rhymes out of Tabasco, burrito and spaghetti, while “Bumblebee (Buzz Buzz)” encourages much flapping of arms and bee impersonations - keeps the songs interesting and fun.

“It’s important to give kids things to do in songs,” Berkner advises, “but not in a condescending or ‘bossy’ way. I try to avoid songs that say, ‘This is right and this is wrong’ in favor of ‘Let’s do this together.’ Kids do look for direction all the time, and songs are no different.

“You also don’t want to get too abstract,” she adds. “If kids don’t have anything to hang onto, they lose interest. You have to keep in mind that they only have so much experience in their lives, so you need to stay concrete.”

Following that approach has landed Berkner a regular gig on Noggin’s Jack’s Big Music Show, whose second season begins early next year, and she’s currently writing new material after a long layoff to care for her soon-to-be two-year-old daughter, Lucy.

Berkner’s advice for those looking to enter the genre is to “Go out there and hang out with some kids. It can be really exciting to see what kids respond to - and not just a child that you may be raising yourself. When I walk on the Upper West Side, I run into a stroller every two steps and I listen to what those children and their parents are saying to each other.

“It’s the same with any writing or creative endeavor,” she adds. “The only way to do it well is if it comes from your own experience.”