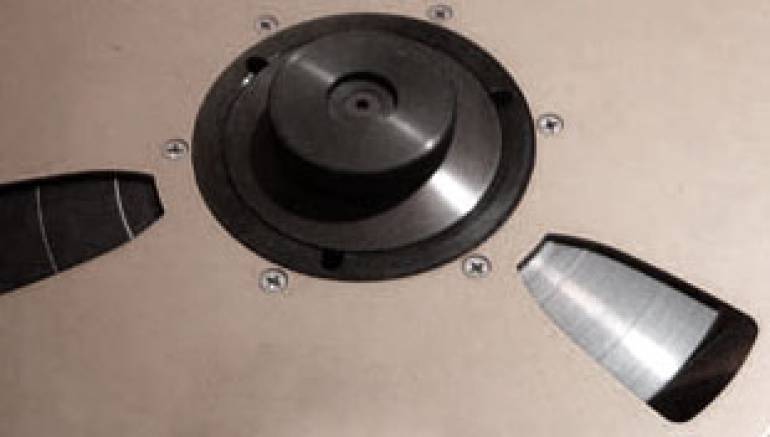 In this world of bits, bytes and blogs, it’s sometimes hard to remember that a lot of people still prefer to do things the old fashioned way. Which is why it came as something of a shock when in January the Quantegy Corporation, the last major manufacturer of analog recording tape, announced it had closed its production facility in Opelika, AL. The news triggered a panicked buying spree among audio professionals and home-recording enthusiasts alike, and pressed the Society of Professional Audio Recording Services (SPARS) into immediate action to ensure an adequate supply of reel tape over the near term.

Though the situation is more than likely a temporary crisis (already there is speculation of a substitute tape manufacturer opening up shop) as opposed to “the death of analog” (as the mainstream press would have us believe), one thing is certain: The Quantegy quandary speaks volumes for the continued widespread and passionate regard for open-reel tape recording, a method that many experts wrote off years ago.

So what’s all this fuss about tape anyway? Ask any analog aficionado why they remain loyal to a potentially endangered species, and you’ll get a whole range of responses. Many argue that the fidelity of tape easily surpasses that of digital audio, while those who grew up looking at over-sized VU meters are simply put off by today’s puny tunemakers. But the prevailing opinion is that tape recording is superior because, like anything analog, it is a “physical” process, and therefore can be deliberately manipulated. Whereas your garden-variety digital recorder thinks like a computer, knows that making music is very serious business, and therefore is very careful not to let you do anything too “random.”

But as any student of basic music history knows, it’s often the accidents that make the best records. “That’s why we must regard digital equipment with at least some suspect,” notes producer Chris Deckard of St. Louis-based Penny Studio. “It effectively eliminates the sex and drugs from the rock & roll equation.”

Still, with each passing year it becomes increasingly difficult to convince digital users about the merits of working in good ol’ analog. Besides being clunky, reel-to-reel recorders often require a fair amount of tweaking (not to mention a daily diet of Q-Tips and isopropyl alcohol). Editing tasks that once required razor blades, splicing tape and nerves of steel can now be easily accomplished quickly and easily in digital. Whereas even the most basic digital workstation today offers everything from soup to nuts, a tape machine requires the use of a mixer, patch cords and outboard effects.

Which begs the question: If digital apparatus is far easier to use and becoming cheaper by the minute, why would anyone want to bother with reel-to-reel at all?

Well, perhaps it’s because music recorded on professional-grade tape (meaning �-inch or wider, running at 15 inches per second) really does sound really good. Unlike digital samples, tape has tonal characteristics - which is why you often hear people describing an analog recording as “warm.” Tape tends to reveal certain dynamics that standard digital can’t touch - lower-register instruments such as drums and bass, in particular, sound absolutely fabulous when tracked to tape. Additionally, tape has substantially more “headroom” - the ability to withstand higher amounts of signal without distorting. In fact, there exists within tape a magical quality whereby signals “in the red” become compressed (known as “tape saturation”). Digital, on the other hand, literally has zero tolerance for hot levels; push the meters above 0dB and the result is a horrible crackling sound.

Of course, for most people, digital audio is more than adequate. Still, an arrangement that includes both digital and analog apparatus living together in perfect harmony is well worth considering. My subterranean facility currently sports a Tascam 38 8-track reel-to-reel machine linked to a 16-track digital hard-disc recorder. By tracking on tape and editing in digital, I get to have it both ways - analog tone and digital convenience. Shuttling tracks from analog to digital eliminates generational loss; once assembled in digital, the material can then be returned to tape to “master,” which restores any dynamics stripped away while residing in 44.1K.

Luckily, you no longer have to be wealthy in order to step outside of the digital domain, as tape machines that once commanded four figures new can now be had for less than the cost of an entry-level digital unit, in some instances. Though the Internet is teeming with good prices on potentially great recorders, here are a few considerations before making a reel deal:

? Wider is better: There are plenty of good machines that use �-inch tape (such as the Fostex Model 80), but generally speaking, the wider and faster the tape, the better the sound. Examples include the Tascam 38 as well as its successor, the TSR-8, both of which use �-inch tape running at 15 ips.

? Avoid “as-is”: You may be able to locate a great deal on a machine that someone hasn’t used for years and is selling “as-is,” but on the other hand, you could also wind up with the world’s heaviest doorstop. Better to find someone who regularly sells and services the machines; however, if you choose to deal with a private seller, ask about the condition of the heads, how often the machine was used and how recently, its service history, etc.

? Shop around: Though prices can vary greatly depending on the condition of the recorder, familiarize yourself with the usual suspects (Tascam, Teac, Fostex, Otari, etc.) in order to get a feel for the market.