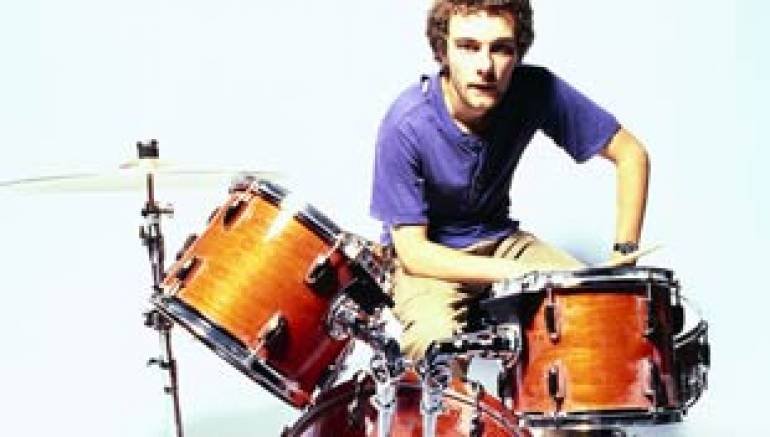 Some people have the idea that it’s the stuff on the top that makes a record sound great - a lush acoustic, a flashy electric, a muscular lead vocal. After all, a bass is just an oversized guitar, and a bass drum something that displays your band logo, right?

In fact, it’s just the other way around. A booming vocalist or lightning lead guitarist might make your tracks sound sleek, but as Sir Paul McCartney once suggested, “It won’t really matter much if you don’t have any #### down there.”

For those who understand the importance of building a solid rhythm section from the ground up but haven’t yet mastered the technique, the following are some commonly accepted tools and tricks that can help you create your own foundation right at home.

Miking a Drum Kit
Many of today’s top drummers use upwards of 10 recording tracks at any given time, but tracks alone won’t necessarily guarantee a great drum part. On the other hand, using a good, well-tuned kit, and, above all, a choice miking arrangement just might do the trick. If you lack for track space, don’t fret: drum heroes like Ringo Starr, John Bonham and Dave Grohl cut many of their classic takes with only three mics overhead; Lenny Kravitz and White Stripes’ Meg White made do with just one.

Tools
Though there are no hard-and-fast rules, over the years various microphone models have emerged as clear favorites for drum recording. The following selection represents a best-case scenario; naturally, financial wherewithal will dictate your actual choice of weaponry:

Snare: A Shure SM-57 dynamic mic ($100) suspended just a few inches from the batter head, pointed slightly off-center. (Hint: When setting up the snare mic, rotate the drum so that the snares below are parallel to the mic.)

Tone Control
If you have new heads and/or loud drums, the overtones from one drum may invade the space of another. To remedy this, simply drape a blanket around the circumference of the bass drum, which will provide the right amount of separation.
For a crisp, up-front kick-drum sound (as opposed to a duller “thud,” typical of jazz and old rock recordings), remove the outer “resonant head” and place the microphone directly inside the drum, approximately five to six inches from the beater, aimed slightly away from the floor tom (to eliminate unwanted resonance). Muffle the inside of the bass drum with foam or blankets. For a “fatter” sound, try placing a large-diaphragm condenser mic several feet back, then blend the signal with that of the up-close mic.

Mixing
Just because you have five mics running doesn’t mean you’re required to use them all on your recording. When mixing, adjust the level of the individual tracks to taste, i.e., moving the overhead fader down a bit, raising the floor tom mic while lowering the snare volume, and so forth, until you achieve the desired sound. You can also move the different parts around in the stereo field, though try to stay faithful to the layout of your drum kit (snare, slightly left of center; toms, slightly right, floor tom, right, etc.). There are no rules; simply set the mix according to what sounds the best to your ears.

Even if you haven’t squirreled away enough cash to save up for some really nice gear, don’t fret; some truly fine recordings have been made using nothing but cheap dynamic microphones. Nor do you need oodles of track space. For the ultimate in mono simplicity, try suspending a single SM-58 about five feet in front of the kit, aimed just above the bass drum directly at the snare drum. Add a touch of compression - and off you go.