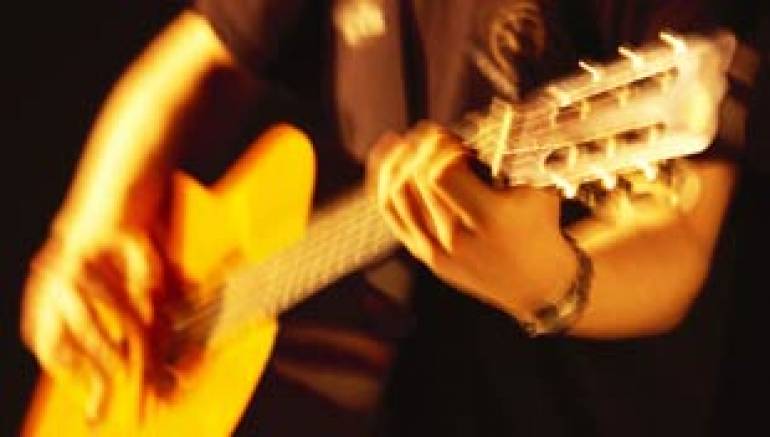 Sometimes you just can’t beat the raw, spontaneous vibe that you get during a good, live performance. Recording on-stage versions of your originals is hardly a far-fetched idea; personally speaking, there have been numerous occasions where a live-to-two-track bar tape annihilated a slaved over studio master.

Unless you’re lucky enough to have a soundman on staff, making a live recording will most likely be a DIY proposition. Therefore, knowing in advance what kind of prep work is involved will help eliminate any stress-inducing quagmires once you get to the gig.

Record From the Board?
When recording live, you always have the option of “borrowing” any of the signals that go through your mixing console, such as vocals, miked instruments and amps and direct keyboards. While this eliminates the muss and fuss of arranging extra microphones, unless you can regulate the level of each channel individually (as direct outs to your recorder), you’ll have to settle for the console’s two-channel “summing” mix. And if the electric guitar happens to be louder than the lead vocals, c’est la vie.

Which is why it’s generally better to use “dedicated” gear for live recording. However, there’s no need to go overboard. If you’re recording a band, for instance, one mic each per vocalist, instrument and amp (with an additional overhead mic and bass-drum mic for the drum kit) will do the trick. If you happen to have a direct-input box, or if a bass or keyboard amp has a line-out connection, you could use that instead (particularly if you’re short on mics). As always, dynamic mics such as a Shure SM-57 will work just fine.

Live Mic Placement
While it’s important to situate the mics fairly close in order to capture all of the dynamics, the most important aspect of remote recording is making sure the mix actually sounds live. Therefore, good ambience is essential. Don’t worry about trying to keep the sounds separate; letting some of the guitar or drums bleed into the vocal mics is actually a good thing. Unlike modern studio recording, in a live recording, the key is going for the overall sound.

If you really want to do it up right—and particularly if you’re performing in a larger space—consider situating one or two condenser mics in the back of the room to record the audience and augment the room dynamics. However, since it’s more important to hear the sound of the hall and the crowd than the sound of the PA, be sure to set the mics a fairly good distance from the stage.
Tracking Tips
The optimal situation is to have a recorder with enough inputs and track space to accommodate each mic on stage, thereby making the job of mixing a no-brainer. If, say, you only have four tracks and/or a limited number of inputs to work with, no problem—you’ll just need to do a little pre-meditated sub-mixing. For instance, in the above situation, you could combine the vocal tracks, move the bass onto the drum track, and perhaps stack the guitars (however, if using an audience mic, keep that track separate—unless you want to hear some guy yelling “SKYNYRD” throughout the whole CD). Whenever such “live mixing” is called for, however, try to sample the work in progress during a set break to make sure your combined levels are properly balanced.

Bringing It All Back Home
The ample leakage that occurs during a live recording makes it possible for you to move instruments around in the stereo field without compromising the integrity of the performance. As a result, drums still sound great even when panned completely to one side. Still, if you’re a real purist, you’ll want to arrange the parts in their “proper” perspective (so that the position of the instruments through the monitors mirrors the actual band configuration as heard from the audience).

After you’ve made your dub, try running the mix through a moderate limiter setting, which can add definition, accentuate the sound of the room, and keep levels in check (especially when the band gets pumping). Don’t mess with EQ if it’s not really needed.

For a quick and easy way to turn the usable material into burnable tracks, run the entire performance through an editing utility (such as CD Wave Editor).

A No-Fuss Alternative
If you’re really short on mics (or patience), try this: Place one mic on each side of the stage, situated behind the out-front speakers and angled just slightly away from the amps, then place a third mic up against a vocal monitor. If you’d like, add a bass-drum mic to fill in the bottom. Presto! Live stereo without all the mucky-muck.

? Be sure to have plenty of mic cable on hand, or consider purchasing/renting/borrowing a good 100-ft. snake with XLR junction box

? Check levels before and during the recording; during breaks, isolate each channel to make sure the mix is free of digital clipping or any other irregularities