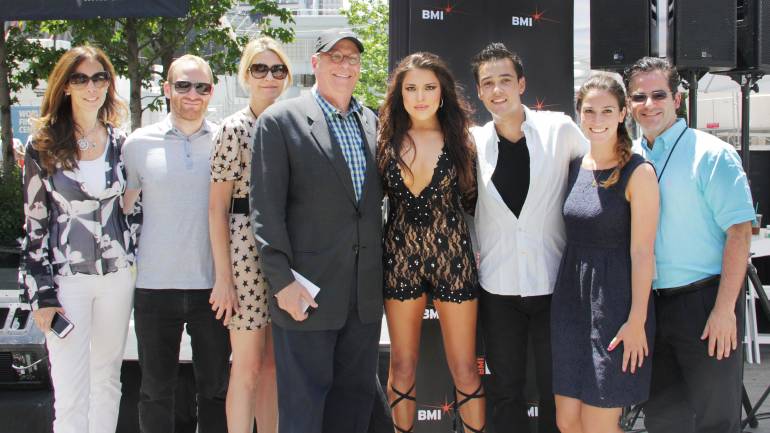 Two songwriters who both signed with BMI when they were just 13 years old: Rachel Lorin and Jack Skuller performed at the second concert in this year’s 7@7 concert series sponsored by Broadcast Music, Inc. and Silverstein Properties. Now 19, Rachel is making strides with her pop/dance music while Jack, 18, is making his home state of New Jersey proud with his blend of Buddy Holly-influenced roots sounds. 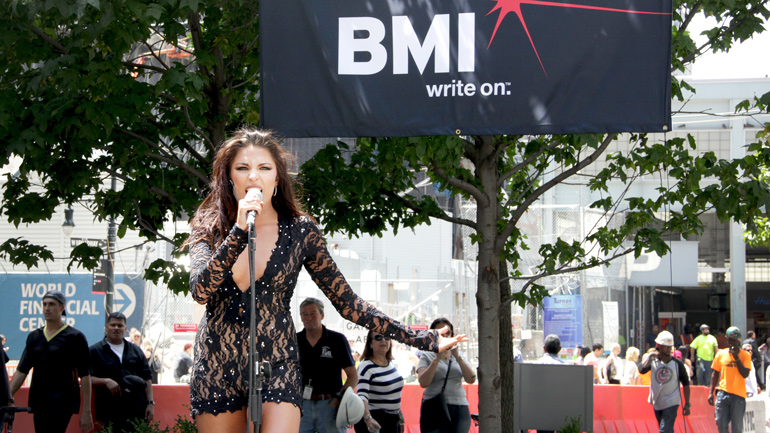 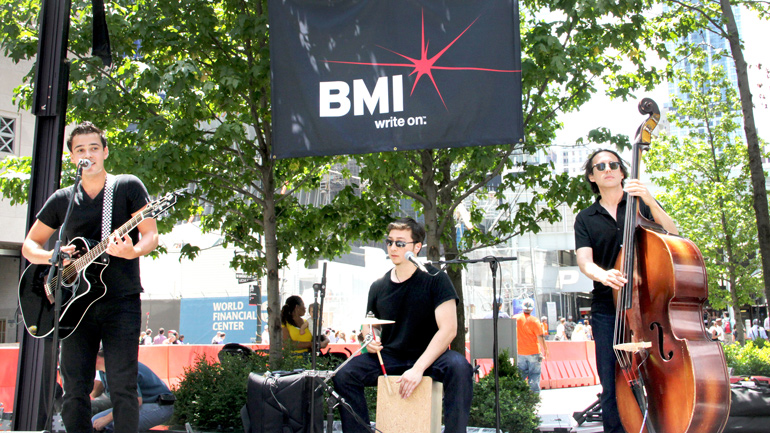 BMI singer/songwriter Jack Skuller with his band entertain the crowd at the 7@7 concert series held outside New York’s World Trade Center on July 18.