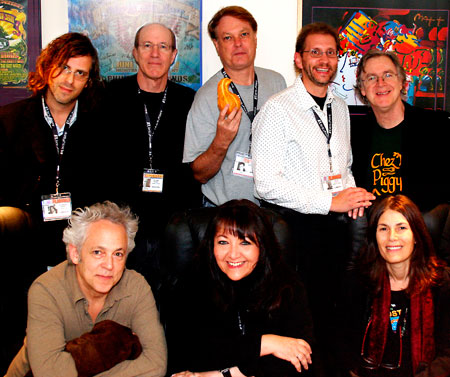 BMI’s Ringer Ross, who has been instrumental in creating a platform at film festivals for the independent film and creative music communities to interact in a positive and insightful forum, led the panel in a frank discussion about music in film and the ins and outs of film scoring, music supervision and licensing.

Every fall, film and music lovers from around the world gather at the Woodstock Film Festival for an exhilarating variety of films, first-class concerts, celebrity-led panels, workshops, a closing-night awards ceremony and parties.

BMI sponsors many music panels at film festivals and markets throughout the U.S. each year. These panels are designed to promote greater understanding within the filmmaking community about the aesthetic and business aspects of music in film as well as provide an opportunity for composers, songwriters and filmmakers to learn more about each other’s role. Since 2000, BMI’s music presence at the Woodstock Film Festival has consistently helped to forge new filmmaker-music industry relationships, which have proven to be mutually beneficial.