Posted in The Weekly on October 1, 2019 by Jason Blume 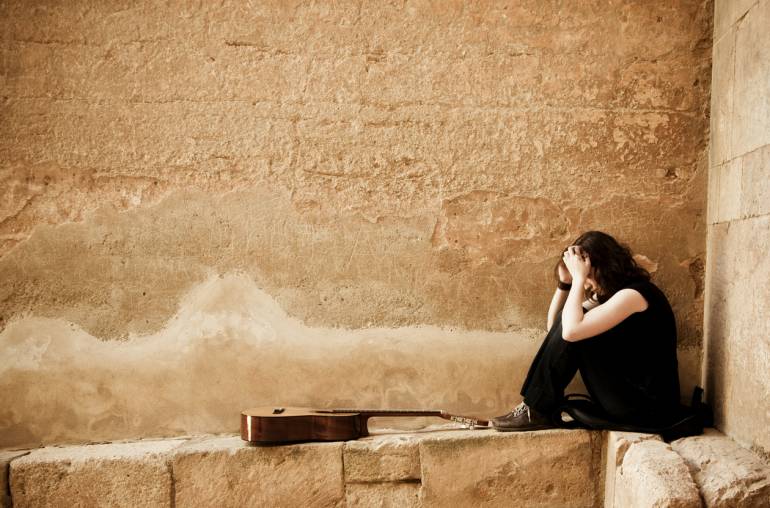 I read a post on Facebook by a songwriter who had decided to give up pursuing his dream of writing a hit because he had not gotten a song recorded after three years of trying. He felt beaten down and no longer trusted his abilities. My guess is that almost every songwriter, recording artist, and others working toward a career in the arts has felt similar feelings. The ability to withstand rejection—and even grow stronger from it—is crucial if we are to stay on the path to success. Let’s look at some ways to cope with the inevitable disappointment and frustration that comes when our songs are turned down by artists, producers, publishers, record label executives, and other industry pros.

When referring to the length of time it takes to find success in music centers such as Los Angeles, Nashville, New York, and Atlanta, I’ve heard it said, “That’s a five-year town,” “That’s a seven-year town,” and “That’s a ten-year town.” While of course there is no specific amount of time that guarantees success, I have never heard anyone say, “That’s a one-year town,” or “That’s a three-year town.” Remind yourself that a long journey to success is the norm, and a song that is rejected today may be chosen tomorrow, or next year, or even five years from now. You might have already written the song that changes your life; it just might take longer than you imagined for it to find its home.

Get Back in the Saddle

There are countless stories of hit songwriters and superstar recording artists including Madonna, Elvis, and U2 being turned down, and J.K. Rowling’s tale about a young wizard named “Harry Potter” was reportedly rejected by twelve publishers. What these people have in common is their willingness to continue developing their craft, believing in themselves, and persevering. It’s okay to lick your proverbial wounds after having your work rejected. But you’ll never get to where you want to go if you don’t dust yourself off and get back on that horse. Share your frustration with friends, family, and others who are pursuing a similar goal. But don’t wait too long before you get back to writing. It might even help to express your hurt and disappointment through a song.

Write Something Just for You

For most of us, long before we considered that music might pay our bills, we wrote solely for self-expression and catharsis. When rejection steals the joy from your music, give yourself permission to write something that comes from your heart, with no consideration of how it might be received. Find your way back to that place where writing was a way to satisfy something deep within you. Give yourself the gift of time to write because you were born to create—not because you hope to achieve any specific goals. Remember that while external validation can be awesome, it is not the only measure of success.

Only when we believe that our goals are attainable will we keep taking the steps necessary to achieve them. I know how to teach writers to craft stronger melodies and write more compelling lyrics. But convincing someone that success is possible is a tougher task. Trust that you have unique talents; remember past accomplishments; remind yourself that people have been moved by your music, and that success may be just around the corner.

Some rejections can feel devastating, but without the benefit of a crystal ball, we cannot anticipate what is the best outcome for us. I remember feeling like it was the end of the world when I was offered my first exclusive song publishing deal, only to have that offer withdrawn. That deal was everything I had worked toward for more than ten years. But I couldn’t know that a much better deal was waiting for me, a deal that would bring me opportunities and successes the other publisher was not in a position to deliver. It can also help to remind yourself that your career does not hinge on achieving any one particular accomplishment.

Like so many songwriters, I’ve endured having songs perform poorly on the charts; having superstar artists record my song—then not include it on their album; and I had numerous songs go on hold, only to not make the final cut. Each one of these instances was heartbreaking, but none of them meant that I would not eventually achieve the success I had dreamed of.

You have chosen a highly competitive pursuit. Rejection is par for the course. Pat yourself on the back for having the courage and willingness to put your work out into the world and risk disappointment. I cannot guarantee that you will attain all your creative goals. But I can guarantee that you can find tremendous satisfaction on the journey. Enjoy the ride!