Posted in MusicWorld on November 22, 2019 by Cliff Goldmacher 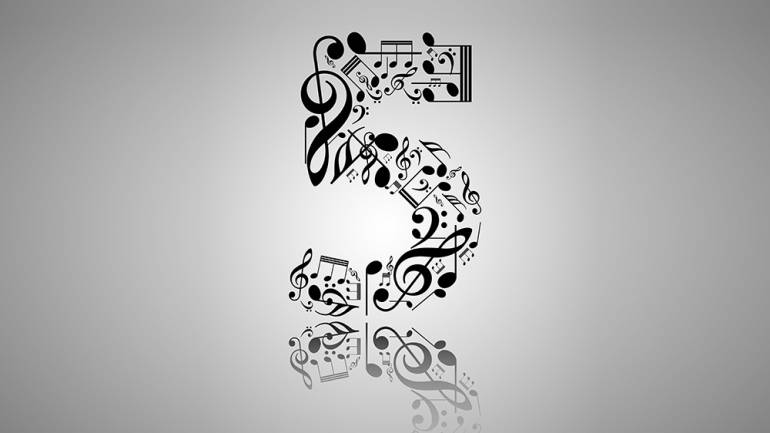 Looking back on what will be thirty years of writing songs this year, it occurs to me that above and beyond learning more about the actual nuts and bolts of songwriting, I’ve gained some often hard-won experience about what it means to be a songwriter and how to take what I’ve learned from my mistakes and move forward. The best part of spending this much time in the metaphorical songwriting trenches is that I’m happier now than I’ve ever been in my career. So, in an attempt to repay my good karma, I’ve listed five of the major lessons I’ve learned and - since we’re close to the new year - the resolutions you can make to improve not only your songwriting, but also your enjoyment of the journey.

Lesson #1 - Write songs because you want and need to
You need to write because you’re genuinely moved to do it, not because you think you can make a fortune. If - and when - you DO make “money” with your songwriting, it’s more an indication that your motivation and work ethic are aligned. Even the most successful songwriters write many, many more songs that don’t make any money than they do hits. This same lesson also applies to trying too hard to follow songwriting trends. As I’m fond of saying, by the time you’re aware of a trend, you’ve already missed it. Don’t make the mistake of writing what you think people want to hear. Write the song you’re genuinely moved to write. Listeners can absolutely sense the sincerity of a song. Also, by writing because you can’t help it, you’re setting yourself up to add genuine meaning to your songs and your life. So, in the future, why not resolve to take a moment and think about not only “what” you’re writing but also “why” you’re writing to begin with.

Lesson #2 - Your lyrics can be much simpler than you think
In the early days of running my recording studio, I became aware of a unique Nashville phenomenon. What would happen is that experienced/hit songwriters would find the “new guy” with decent studio chops and ridiculously low studio rates and work him to death. I was grateful for every moment I could spend with these writers, so it was definitely a win-win. I’m mentioning this because I’ll never forget working on a song for a couple of writers and casually glancing over at their lyric sheet during the session. There was practically NOTHING on it! Just a couple of lines for each verse, a short chorus and that’s it. Yet, the song sounded complete. What I learned from this, and other experiences after this one, was that songs can work beautifully with a simple, short lyric. Not only that, but while there is always the temptation - and occasionally the place - to be “clever” in your writing, sometimes plainspoken, sincere lyrics hit harder and work better. All this to say, make a resolution to simplify and shorten your lyrics in the months and years to come. Remember that the faster a listener can learn and remember your song the greater the likelihood it will get stuck in their heads. And that’s a good thing.

Lesson #3 - Save the editing for later
Early on, because I was trying so hard to remember all the “rules” about songwriting, I would agonize on a small section or single line of a song sometimes for hours. While occasionally I’d find the line I was looking for, more often than not I’d exhaust myself and my co-writer in the bargain so that we’d have to come back to the song another day to finish it. What I’ve learned since that time is the genuine value of songwriting momentum. Another way to put this is, that it’s better to put in a “good enough” line knowing that you’ll most likely come back and improve on it later, than it is to stop the proceedings entirely in search of something perfect. The power of flow and momentum in songwriting is huge. I believe it’s better to get to the end of your song without editing too harshly and then go back and try to improve it. It makes everything easier and it also makes your songs better. Make a resolution to stay out of your own way and not to edit too much while you’re first writing your song and, instead, get the song finished first. There will always be time for editing later, but you’ll only have one chance to start - and finish - your song without bogging yourself down in the editing details.

Lesson #4 - Don’t wait for opportunities to come to you
I can honestly say that for almost the entire first decade of my songwriting career, I believed that if my songs were just good enough, then the world would beat a path to my door in search of what I had to offer. Now, two additional decades down the line, I know this is simply not true. The way good things happen with your songs is that you have to put them out in the world, market them and actively look for placement opportunities. I hate to say it but there will always be many more good songs than there are recognized songs. Having a great song is a strong start but it’s making the effort to get those songs into the hands of the industry decision makers that makes all the difference. This isn’t the fun part of what we do, but if you’re hoping to make a living as a songwriter, writing good songs that no one hears isn’t a business plan. Resolve to take the business side of songwriting more seriously in the future and you’ll be amazed at what happens.

Lesson #5 - Everything is going to take longer than you think
The blessing and the curse of having a passion like songwriting is that patience is in very short supply. The best advice I’ve ever heard is to be micro impatient and macro patient. “Micro impatient” means you should be impatient with yourself on a day to day basis to write as much as possible and to get your music out in the world. “Macro patient,” on the other hand, means that you have to realize that beyond what you can do every day, the big stuff never goes as quickly as we’d like. It has not been unusual in my career to have songs I’d written five or even ten years earlier, end up on album projects or in film and TV. Make a resolution to keep as many irons in the fire at a given time as you can so that you can stop worrying about the things that are beyond your control and give yourself permission to be patient.

The longer you write songs and the closer you pay attention the more there is to learn. Even now, I’m still surprised at how much I don’t know about songwriting and a career in music. I hope that some of what I’ve learned along the way will help you as you continue your songwriting journey.

Bio
Cliff Goldmacher is a GRAMMY-recognized songwriter, music producer and educator with recording studios in Nashville, TN and Sonoma, CA. Through his studios, Cliff provides songwriters outside of Nashville with virtual, live access to Nashville’s best session musicians and demo singers for their songwriting demos, find out more.  Download Cliff’s FREE tip sheet “A Dozen Quick Fixes To Instantly Improve Your Songs”.