Posted in MusicWorld on July 22, 2013 by Cliff Goldmacher 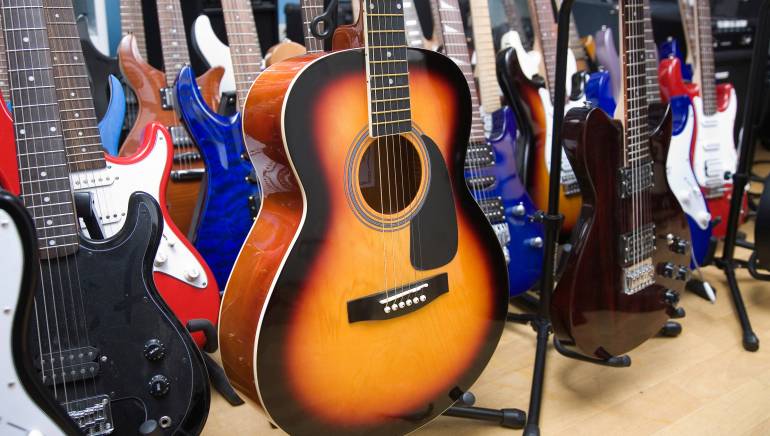 A career in songwriting is a long road where the actual big “payoff” moments - if you’re fortunate enough to have some - are few and far between for even the most successful writers. This is all the more reason to take the time and challenge yourself to find what’s unique about your own songwriting. The more original your songs are the greater the likelihood that you’ll get the right attention, but, more importantly, the more personally satisfying your creative process will be. I’ve expanded below on how you can go about making sure you’re covering the elements of originality in your songwriting career.

1. Discover your own voice

When we start out as songwriters, our first attempts at songs are usually inspired by the music/songs we know and love. There’s nothing wrong - and a lot right - with this. However, as you continue to write songs, it’s worth leaving your comfort zone and experimenting with new rhythms, chords, keys and even song structure. If you’re used to writing songs with intros, try writing a song that starts right on the verse, for example. Sometimes, knowing the rules is the perfect time to consciously break them. The more you experiment, the greater the likelihood that you’ll find areas that resonate with you and become part of your own unique approach. This is part of the process of finding your “voice” as a songwriter. Along the way, you’ll also be carving out a niche for yourself and your music. This process never comes quickly, but the rewards of staying true to yourself are many. You’ll find that the ideas and approaches that come to you the most naturally are generally also the most honest and compelling for your listeners. And don’t be discouraged early on if you’re bogged down in the details of songwriting; that’s an important - and unavoidable - step in the process of discovering who you are as a writer. Once you’ve arrived at a place of originality and uniqueness in your writing, you’ll be glad you devoted the time and effort necessary to get there. A final note: Finding your voice as a writer has the added benefit of allowing you to write at a consistently high level instead of the dramatic highs and lows you experience when starting out.

2. Find a Unique Angle on a Common Topic

I once had a co-writer say to me, “So, are we going to write another song today about ‘love’ and ‘people’?” The answer to that question no matter who you are is - almost always - “yes.” So, given that that’s the case, it’s well worth your while to find your own angle and point of view on what are usually fairly straight ahead song ideas. The way to stand out in a crowd of love songs is to bring your own, unique point of view to the topic. The better able you are to give an everyday topic a new spin, the greater the likelihood of your songs reaching a wider audience.

While tempting, writing a song that fits with the current trend is generally not a great idea. By the time a trend has become widely known, it’s often too late to try to be a part of it. By staying true to your own style, you’re much less likely to wind up futilely chasing a train that’s already left the station. On top of that, the best, most forward-thinking publishers and record labels aren’t looking for copies of what’s current, but, rather, what’s coming next.

4. Keep Your Demos True to the Song

Originality applies not only to your songwriting but equally to the all-important demos you’ll make of your songs. By recording a demo that mimics all the current musical sounds and trends, you’re most likely missing the boat. This is true for a couple of reasons. First, as I mentioned above, by the time the trend is recognizable, it’s already too late. This means staying away from current keyboard sounds, vocal effects and so forth. But, secondly, you’ll have invested good money in a demo that will only have a limited pitch life before it starts to sound dated. It’s been my experience that it’s better to stay true to the song, and the simpler your demo the better. The important thing is high quality, in-tune and honest recordings that put your melody and lyric in the best possible light. It’s important to remember that “demo” is short for “demonstration.” You’re simply showing your songs to potential customers. By keeping things simple and highlighting the melody and lyric, you’re leaving the door open for those who will potentially record your song to hear their own production. I know there are plenty of opinions around this topic, but I can personally attest to many of the simple guitar or piano and vocal demos we’ve done in my studios over the years getting cut by major label artists.

If you’re not writing songs because you’re moved to do so, then, really, it’s just another job. One of the great advantages of being a songwriter is that, fortunately, you’ve found something in your life that you’re passionate about. By writing songs that you think will make money, you’re risking doing serious damage to your motivation - and your songs - by forgetting what’s important about songwriting in the first place. It may sound obvious, but sincerity can’t be faked and listeners can tell when a song comes from a place of honesty and originality versus when something was written just to make a buck. Being original is much harder than it sounds. It often takes years of learning - and unlearning - songwriting approaches until you’ve found the style that works best for you. That being said, I can’t think of a more worthwhile and rewarding endeavor. By being brave and pushing yourself to stay honest and sincere, you stand a much greater chance of moving others - and yourself - with your songs.

Bio
Cliff Goldmacher is a songwriter, producer, session musician, engineer, author and owner of recording studios in Nashville, TN and Sonoma, CA. Cliff’s site, http://www.EducatedSongwriter.com, is full of resources for the aspiring songwriter including monthly online webinars. Go to http://www.educatedsongwriter.com/webinar/ for the latest schedule.

Cliff’s company, http://www.NashvilleStudioLive.com, provides songwriters outside of Nashville with virtual access to Nashville’s best session musicians and singers for their songwriting demos.

You can download a FREE sample of Cliff’s eBook “The Songwriter’s Guide To Recording Professional Demos” by going to http://www.EducatedSongwriter.com/ebook.