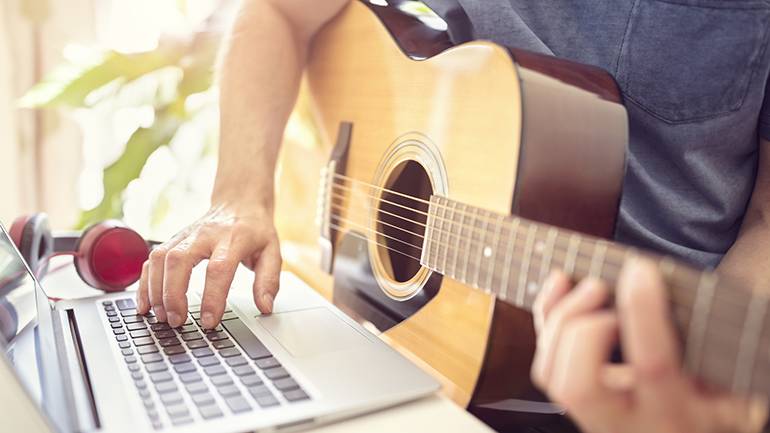 Since, in my experience, the songwriting journey is a never-ending process of learning your craft, I thought it was time for adding a few more things that I’ve learned as a songwriter since my last article on the subject. So much of a career as a songwriter is about staying motivated and curious while writing many more songs that never see the light of day compared the precious few that do. So, in that spirit, here are a few more things that should help you along your way.

1. The more songs you write the sooner you’ll find your voice as a writer.
Learning who you are as a creative person isn’t something that just happens. In the early days of songwriting, the arrival of inspiration is as much a mystery as it is a gift. Figuring out where ideas come from and what to do with those ideas consistently can only happen when you’ve written enough songs to get inside of the process. Early on, it can seem overwhelming to think about writing hundreds of songs and my recommendation is that you don’t look at it that way. Just know that the more you wake up every day and work on your craft, the sooner you’ll be able to reliably translate that work into your own unique and consistent style.

2. Don’t be precious about your work.
One surefire recipe for frustration and unsatisfying collaborations is sticking to your guns out of sheer ego or out of a fear that no other ideas will present themselves. The word that best sums up that behavior is “precious.” The reality is that for those willing to embrace their creativity, there will be a practically endless supply of solutions to any songwriting puzzle. All this to say, if you love a particular line or melodic idea but your collaborator isn’t on board in spite of your best effort to explain why it works, then let the idea go. No single idea is worth sabotaging a co-writing relationship or missing out on an artist cut or film/TV placement just because you aren’t willing to explore other options.

3. Think about what the artist would want to sing.
If your goal is to have someone other than yourself sing your songs, you might want to take a step back and remind yourself to think about the kind of song someone else would like to sing. There are songs that we - as songwriters - are proud of because we know ourselves and our reasons for writing those songs. However, it is the rare performing artist who looks for ways to portray themselves as sad, lost, confused or angry. It’s the artist - and not you - who will, hopefully, have to get up on stage night after night and represent themselves with something you’ve written. Keep that in mind and think of what they might want to sing instead of only what’s on your mind when you sit down to write.

When it comes down to it, writing songs is as much a journey of self-discovery as it is a way of putting something new and moving into the world. The more you can explore your own creative process and master the craft of songwriting, the greater the likelihood that your songs will go on to connect with - and touch - more and more listeners.