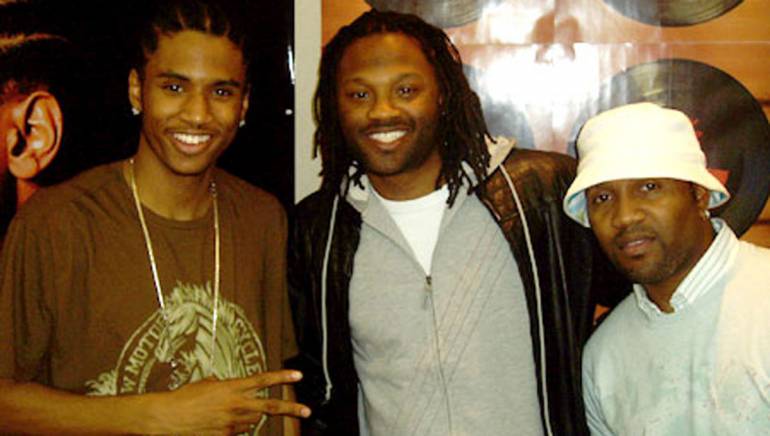 Atlantic Records recording artist Trey Songz and hit producer Troy Taylor have joined BMI for performing rights representation. The newest members of the BMI family have just finished working together on 20-year-old Trey’s debut release I Gotta Make It, an 11-entry diary about a young man and his fascinating dreams, loves, and hustles produced mostly by Taylor.

A talented R&B artist and accomplished songwriter, Trey Songz got his start in Petersburg, VA at age 15, when he met his producer and mentor, Troy Taylor. Impressed by an a cappella version of “All The Things I Do,” a song Trey himself had written, Taylor urged Trey to get serious. To date, Trey has written and co-produced for labelmate Kevin Lyttle‘s self-titled debut, sings solo on “About The Game” from Coach Carter: Music From The Motion Picture, and is featured on “Ain’t A Thug,” on Trick Daddy‘s latest album, Thug Matrimony. Trey co-wrote and guests on the tracks “I Know” and “Line of Fire” from Juvenile‘s upcoming album, and will collaborate with Lil Kim, Trina, and Snoop Dogg on their forthcoming projects.

Taylor was born and bred in suburban New Haven, Connecticut, into a family of talented musicians, resulting in his exposure to music at a very early age. He started by singing in local talent shows and then moved on to playing keyboards and learning how to listen and understand music. Taylor’s ear for music and his natural ability to gain people’s attention enabled him to make great strides in his career. As an entrepreneur, Taylor formed his own production company, Songbook Entertainment, several years ago. With a discography full of platinum hits, he has worked with such artists as Aretha Franklin, Whitney Houston, B2K, Ginuwine, Patti Labelle, Omarion, Kevin Lyttle, Glenn Lewis, The Mighty O-Jay’s, Take 6, SWV, 702, Brownstone, Johnny Gill, and Stevie Wonder to name a few.