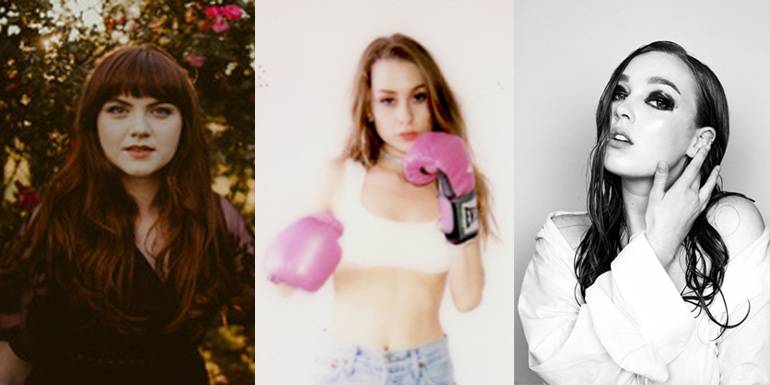 The winners of the BMI Foundation’s 22nd Annual John Lennon Scholarships, a program that recognizes the nation’s best and brightest young songwriters between the ages of 17 and 24, have been announced by Samantha Cox, BMI Vice President, Creative, and Vice President of the BMI Foundation and Director of the competition. The John Lennon Scholarships were established by Yoko Ono in 1997 in conjunction with the BMI Foundation, and honor the memory of one of the preeminent songwriters of the twentieth century. The program has been made possible through generous donations from Ono in cooperation with Gibson Musical Instruments.

Tying for First Place this year are New York University student Leyla Blue and Lipscomb University’s Ele Ivory for their songs “Don’t Let Me” and “LaZyboys,” respectively, marking the first time in the competition’s history that there was a tie for the top prize. The Second Place award was presented to NYU student Katie Cunningham for her song “Drifting Away.”

“Winning the John Lennon Scholarship is a huge honor for my cowriter Jasper Harris and me. As a songwriter, you work hard with little validation for a long time, and moments like this are the ones that keep you going. It’s extremely heartwarming to receive this kind of love and support from such a renowned organization” said Blue. Ivory added that, “Hearing the news from Samantha made my YEAR. I feel honored to receive this recognition from BMI and I am so incredibly thankful to everyone who believes in the song.”

Second Place prize winner Cunningham also expressed her enthusiasm explaining that, “As a creative person who continually doubts themselves, it means more than words can say to win this award. Songwriting is like sending a message in a bottle into a void as a job. Knowing that people not only enjoyed something you created but think highly enough of it to recognize it publicly, it’s an extremely validating thing. I am honored to be chosen, it truly means the world. I am excited to be included in this year’s group of recipients and to keep writing and learning.”

The John Lennon Scholarships competition annually awards up to $20,000 to the three best original song submissions. More than $400,000 has been awarded over the last 20 years to students from colleges and universities throughout the United States. For more information about the winners and the competition, please visit the BMI Foundation site.