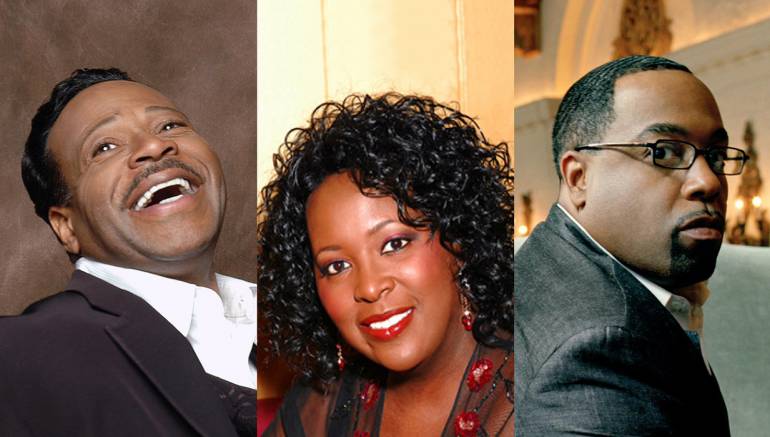 The event is slated for Friday, January 18, the day before the 28th Annual Stellar Awards, at Rocketown (601 Fourth Avenue South). Gospel music’s premier songwriters, brightest stars and leading industry executives will attend the invitation-only event, which is part industry celebration, part awe-inspiring worship service. BMI will also announce the Most Performed Gospel Song of the Year at the luncheon.

Edwin Hawkins, an indelible force behind the evolution of contemporary gospel, is a masterful arranger/composer responsible for one of the biggest gospel songs of all time: “Oh Happy Day.” In 1969, the song, lifted from the album Let Us Go into the House of the Lord, ascended to the top of every mainstream R&B and pop radio stations playlist, resulting in seven million copies sold and a prestigious Grammy award. Edwin’s innate ability to seamlessly fuse gospel with the sounds of secular music—along with the support of the Edwin Hawkins Singers—has earned him multiple Grammys for hits including “Wonderful!” and “If You Love Me.” His trajectory continued as he formed the Edwin Hawkins Music and Arts Seminar in 1982 for the gospel music community to develop their talents through fellowship.

Grammy Award-winning and Gospel Music Hall of Fame inductee Lady Tramaine Hawkins has lived the career that singers aspire to achieve. A northern California native, Lady Tramaine began her recording career at the age of 10 and later joined the Edwin Hawkins Singers and added her soaring vocals to the platinum-selling single “Oh Happy Day.” Her solo works, spanning nine albums, have spawned opuses such as “Changed,” “Goin’ Up Yonder” and “Highway.” In 1986, Lady Tramaine’s signature soprano climbed the top of Billboard’s dance chart with the single “Fall Down,” which reached a larger audience normally unattained by gospel artists. Her recognition continued when in 1991 she won the Best Traditional Soul Gospel Album Grammy Award for her seminal project Tramaine Hawkins Live. Lady Tramaine’s most recent album, I Never Lost My Praise: Live, showcases her powerful instrument while offering reverence to the creator.

Over the last 20 years, Kurt Carr’s songs have become essential to Sunday morning church services, especially sophisticated choir staples “In the Sanctuary,” “For Every Mountain” and “Peace and Favor Rest on Us.” After graduating from college and experiencing several mentorships with gospel greats Richard Smallwood and Reverend James Cleveland, Carr put together his own ensemble, The Kurt Carr Singers, and released his debut album Together in 1991. Songs from his debut, such as “Holy, Holy, Holy” reflect Carr’s unique ability to amalgamate classical and gospel sounds effortlessly. He continued his calling and released five more albums, including his most recent,Just the Beginning, which featured the top 10 gospel hit “Peace and Favor Rest On Us.” A multiple Stellar Gospel Music Award winner, Kurt has successfully ventured into movies, composing music for films Kingdom Come and Not Easily Broken. His upcoming release, Bless This House, will be released January 22, 2013 through Verity Records.