Posted in MusicWorld on October 15, 2006 by Kevin Zimmerman 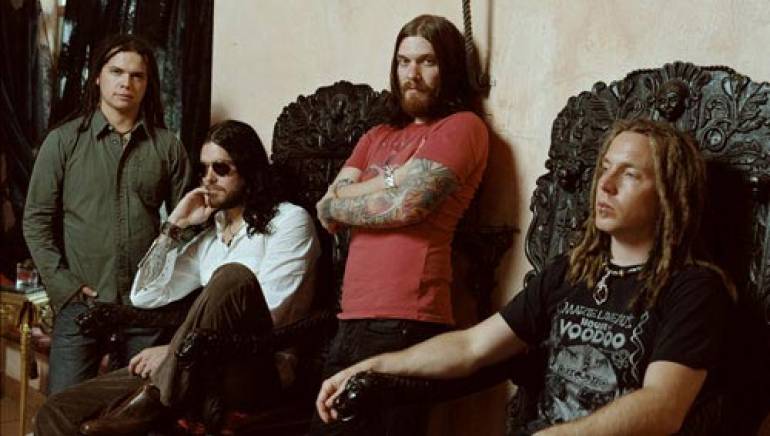 Pounding out over 200 concerts a year is probably one of the quickest ways for a group to either make it or break it: You’re either demonstrating some pretty solid chops as a band to be reckoned with, or you’re exposing yourselves as never-will-be’s.

For the four members of melodic hard-rock band Shinedown, life on the road has definitely landed them in the former category.

Indeed, after a solid 23 months of touring behind debut album Leave a Whisper (Atlantic), the group — singer Brent Smith, guitarist Jasin Todd, bassist Brad Stewart and drummer Barry Kerch — barely took enough time to do their laundry before hitting the studio for the follow-up, last year’s Us and Them. “We took two weeks off and then went right back into the studio,” affirms Smith.

The Jacksonville, Fla.-based outfit, riding the crest of its ubiquitous radio single, “Fly from the Inside,” has garnered favorable comparisons to everyone from 3 Doors Down and Nickelback to Alice in Chains and Alter Bridge, but Us and Them (a pointed reference to the close relationship Shinedown has with its fans) finds them carving out their own identity.

“I had more to talk about on the second record,” Smith says. “There are so many songs about fans and the people I talked to, and their lives and their relationships. In a way, I feel like I took what they couldn’t talk about and hopefully I wrote down what they felt.”

Currently riding the nation’s highways, Shinedown found the time to deliver an iTunes EP in June (featuring two versions of recent fave “I Dare You”) and is gearing up for a fall tour supporting Godsmack and Rob Zombie. The constant nearness has turned the group into a close-knit family.

“It’s about a unity, a brotherhood,” says Smith, “and about sharing what we’ve all been through and being able to take it to the stage.”