Posted in MusicWorld on October 15, 2006 by Lorie Hollabaugh 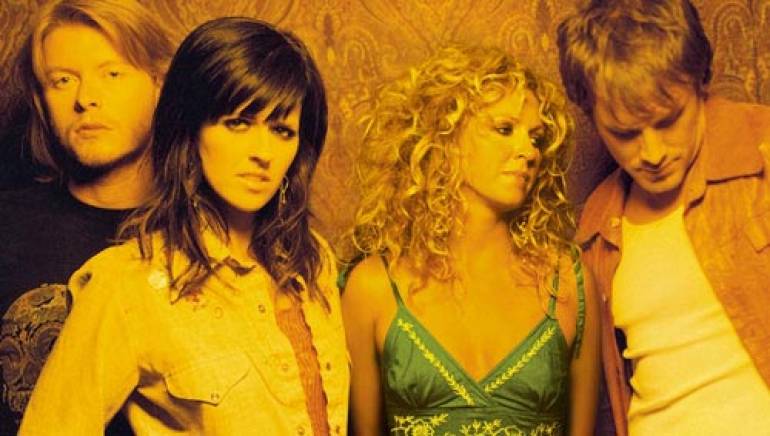 Like the “Little Engine That Could,” Little Big Town refused to believe they couldn’t do it — and kept on trying until they became big stars on the country scene. That “I think I can” attitude, combined with undeniable vocal talent, perseverance and a family cohesiveness, has led them from the dusty back roads of Alabama and Arkansas to the bright lights of Hollywood on The Tonight Show, the pages of People magazine, tours opening for John Mellencamp and Keith Urban, and the top of the charts with hits like “Boondocks” and “Bring It On Home.”

It wasn’t an easy ascent for Kimberly Roads, Karen Fairchild, Jimi Westbrook and Phillip Sweet, who had each put in time singing in church and bands before meeting up in Music City and finding their Fleetwood Mac-esque harmonies. They landed and lost several record deals, and lost their way musically a bit along the path, before settling in to make their now-gold Equity Records album, The Road To Here, with producer Wayne Kirkpatrick.

By the time they landed on Kirkpatrick’s doorstep, they were worn by career defeat, relationship struggles and even death (Kimberly’s husband passed away unexpectedly in 2005), but they were ready to write.

“We’re all real strong believers there’s purpose in all of this,” says Roads. “Many days we went into the studio to write and ended up having a long therapy session! We’d talk for hours and our emotions just kind of flowed out.”

“I think everything that’s happened, happened for a reason,” explains Fairchild. “And we made much better music for going through all this. Our lives are not that much different from anyone else out there . . . we just get to pour that emotion into art, which is a beautiful gift.”