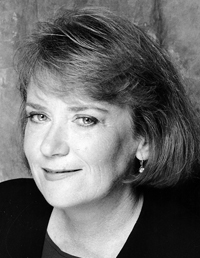 Patricia J. Baird, BMI Assistant Vice President of Corporate Relations, died Aug. 21 in New York after a long fight with cancer. She was 59.

During a career that spanned more than 35 years, Ms. Baird had become a well-known music business executive, media relations professional and journalist in the music industry, befriended by dozens of noted authors, artists, music producers and executives.

She began her career as a publicist for prominent music producer Jimmy Ienner, helping to launch the careers of emerging talent such as Isaac Hayes, Donny Hathaway, Three Dog Night, Blood, Sweat & Tears, and Grand Funk Railroad. In 1974 she joined industry trade publication Record World as Assistant Editor where she authored an influential column devoted to music publishing, and developed a broad network of contacts among executives in the publishing industry. In 1981 she became East Coast Professional Manager at Arista/Interworld Music Publishing Group, with responsibility for signing writers and managing the company's New York office. Later, as head of her own media relations consultancy, she represented artists and projects associated with Atlantic Records, Elektra Records and MTV Networks. In 1984 she was hired by RCA Records where she was Director of National Publicity, working with artists including Lou Reed, the Eurythmics, Diana Ross, Starship, John Denver and Hall & Oates.

She joined BMI in 1987, heading up its Media Relations department, and was promoted to Assistant Vice President in 1993. She built a national media relations team for BMI with staff in New York, Nashville and Los Angeles. She also served as Senior Editor of BMI's MusicWorld magazine, the largest circulation magazine for music professionals in the United States. As a writer, reviewer and journalist, she made frequent contributions to music publications and was a sought-after music industry collaborator for television producers and authors, contributing to biographies of Johnny Ace, Tim and Jeff Buckley, and Brian Wilson, among others. She was the awards coordinator for the Ralph J. Gleason Music Book Awards and a frequent consultant for the BBC.

Over the years, she served as Media Chair on the committees for major music industry charitable organizations, including the Rhythm & Blues Foundation, the City of Hope, the T.J. Martell Foundation, and the Mr. Holland's Opus Foundation. She served as a governor of the New York chapter of the Recording Academy, and was a member of the Country Music Association, Gospel Music Association, Songwriters Hall of Fame, and the Television Academy.

She is survived by cousins Patricia Casey of Marlton, N.J., Richard Casey of Darien, Conn., and Joanmarie McMahon of Princeton, N.J.; a niece, Shannon Winkler of Voorhees, N.J.; a nephew, Blake Fadem, of Richardson, Texas; and a great-niece, Eve Winkler of Voorhees, N.J. The family plans a private interment ceremony and has requested that in lieu of flowers, donations in her honor be made to the T.J. Martell Foundation for Leukemia, Cancer and Aids Research. A celebration in her memory for her family and her many friends and colleagues in the industry is being planned for early fall in Manhattan.