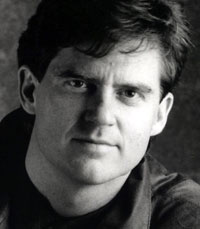 Big dreams and their resulting victories have deep roots, forever binding the victor to the ambitious youngster who dared to imagine. BMI composer Philip Giffin's triumphant homecoming this month must thrill the teenage dreamer still residing deep within him.

Giffin will return to Wooster, Ohio, on Saturday, April 29 to be inducted into Wooster High School's Fine Arts Hall of Fame, alongside renowned broadcaster and journalist Jack Perkins -- a childhood hero and major influence on Giffin. "[Jack Perkins] is an individual that made a very deep and lasting impression on me way back in 1969 when he gave the commencement speech at my older sister's high school graduation," Giffin recalls. "He has no idea how much he affected me back then, and I look forward to meeting him in person and expressing gratitude."

His musical touch includes scores and orchestrator credits from television series, major motion pictures, children's classics and action-packed thrillers. "I like to think I have the ability to record a set of drums falling down the stairs," Giffin modestly reflects, "and then build an arrangement around that cacophony."

Giffin's peers are taking notice: he was nominated for an Emmy for his work on the network series Boomtown and now looks forward to the possibility of working with acclaimed director John Amiel and Jon Liscoe on a pilot for Fox tentatively titled Damages. His most recent project, the suspenseful Murder on Pleasant Drive, is set to air on Lifetime (premieres May 8 at 9:00 PM et/pt). The thriller tells the true story of the disappearance of Indiana woman Fran Smith and the pursuit of her whereabouts by her loving daughter and devoted sister. The story unfolds to reveal several cases of missing women, all once married to the late Fran Smith's husband and suspected killer, John Smith. "Unbeknownst to me, John Smith lived and grew up in the same small county where I lived and grew up in Ohio," Giffin explains. "My father (who still lives there) recalls attending some of the infamous John Smith trials."