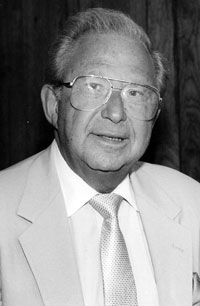 Johnny Bienstock, a 60-year publishing and record label veteran, died Jan. 20 in Naples, Fla. The cause was complications from heart disease and a stroke, according to his family. He was 83.

Bienstock, a native of Vienna, Austria, fled to the U.S. with his brother Freddy at the onset of World War II and later served in the U.S. Army Mountain Division. He began his music career in 1944 when he and his brother joined the music publishing company of their cousins Jean and Julian Aberbach, who went on to found Hill & Range Music. While there, he worked with such BMI songwriters as Ernest Tubb, Eddy Arnold, Hank Snow and Elvis Presley.

For the remainder of his career, Bienstock moved back and forth between publishing and label positions, including Big Top, Atlantic, Cotillion and RSO Records. After leaving RSO, he reteamed with Freddy to buy Moss Rose Music, a country catalog that was incorporated into Johnny Bienstock Music administered by Freddy Bienstock Enterprises. In 1983, he became GM of E.B. Mark Music Company, a subsidiary of Freddy's Carlin America. They continued to work together until his retirement in 2003.

In addition to his brother, Bienstock is survived by his wife, two daughters, a step-son, four grandchildren and a great-grandchild. Funeral services were held Jan. 23 in New York City.