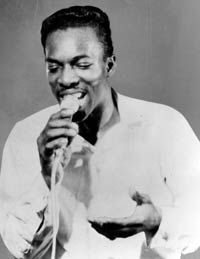 BMI songwriter Wilson Pickett, the soul pioneer best known for the hits "Mustang Sally" and "In The Midnight Hour," died yesterday (1/19) in Virginia. He was 64.

Pickett, who got his start singing gospel music in church in his hometown of Prattville, Ala., was defined by his raspy voice and suggestive lyrics. Know as "Wicked Pickett," he moved to Detroit as a teenager and joined the vocal group the Falcons, singing lead on their hit "I Found A Love" before later pursuing a solo career.

In addition to his two signature songs, Pickett's other hits included the BMI Award winners "Don't Fight It," "If You Need Me" and "Don't Knock My Love," as well as "634-5789," "Funky Broadway" and "Don't Let The Green Grass Fool You."

Like his labelmate Ray Charles, Pickett combined a love of gospel music with lyrics that were decidedly more secular. His songs with the house musicians at Stax in Memphis and Mussel Shoals in Alabama are seen as highlights from both historic studios. His sidemen included guitarist Steve Cropper (who co-wrote "Midnight Hour" and others) and Allman Brothers Band guitarist Duane Allman.

Pickett was inducted into the Rock and Roll Hall of Fame in 1991 and received the Pioneer Award from the Rhythm and Blues Foundation two years later. His music was featured prominently in the movie The Commitments, about a start-up Irish band seeking its fortune in soul music. In 1999, Pickett picked up a Grammy nomination for It's Harder Now, his first record in more than a decade. The album also earned him three W.C. Handy Awards in 2000, including one for Comeback Album of the Year.

Pickett continued to tour around the world until last year, when his health began to worsen.

He is survived by his fiancée, Gail Webb, sons Lynderrick and Michael, and daughters Veda and Saphan.