Posted in MusicWorld on September 15, 2005 by Bruce Britt 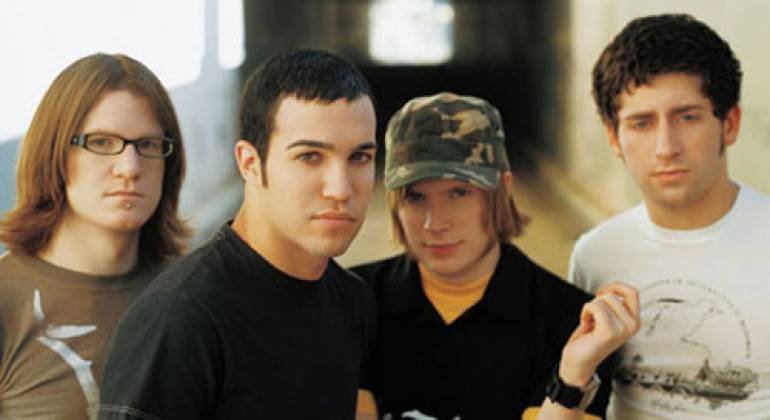 If ever a band was poised to assume the power pop mantle of greatness, it's Fall Out Boy. Exploring the musical turf between heart-on-sleeve tenderness and straight out bombast, the band's major label debut recording, From Under the Cork Tree , delivers the same heady thrill as the Ramones' Road to Ruin and Cheap Trick's In Color . Like those classic rock albums, From Under the Cork Tree is a sweet 'n' sour mélange of high-impact instrumentation, bubblegum-flavored melodies and darkly humorous lyrics.

Then there's Fall Out Boy bassist and wordsmith Peter Wentz, whose Morrisey-like penchant for spinning lyrical gold from inside jokes is evident in absurdist song titles like "A Little Less Sixteen Candles, a Little More 'Touch Me'," "Champagne for My Real Friends, Real Pain for My Sham Friends" and "Our Lawyer Made Us Change the Name of This Song So We Wouldn't Get Sued."

Hailing from Chicago, Fall Out Boy emerged in 2003 with the independent album Take This To Your Grave . The 2004 acoustic EP, My Heart Will Always Be the B-Side to My Tongue , was the spark that ignited a bidding war. Signing with Island/Def Jam, Fall Out Boy became the break-out band from the 2004 Vans Warped! Tour (FOB made a triumphant return in 2005). In summer 2005, the band announced it was headlining Nintendo's Fusion Tour; a 40-state jaunt described as a mix of "games, music and sweaty teens."

Fortunately, the pressures of fame and touring don't appear to have dampened the band's creative spirit. "When it's all over, we want to be remembered as a rock band that pushed limits and was sincere and totally honest to itself and its fans," Wentz said recently. "When we are 90 years old and on our death beds, it will matter to us that at least we took chances."