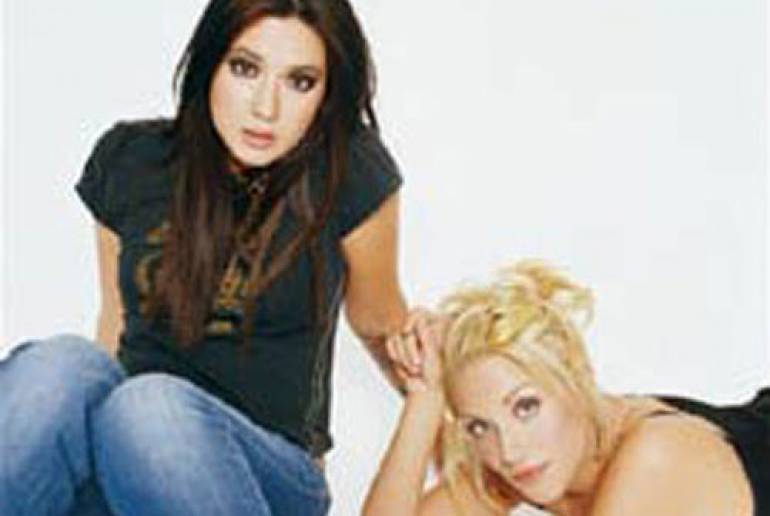 Friendship is one of the strongest foundations for a new musical collaboration, and that's what brought singer-songwriters Michelle Branch and Jessica Harp together as The Wreckers. "We both wanted to have a friend on the road," says Branch, who got to know Harp when they were both rising independent artists promoting their music on the Internet and fans kept telling each singer about the other. The two finally met face to face when Branch played Harp's hometown of Kansas City, Branch recruited Harp to sing back up on her tours.

The fact that Branch is a multi-million selling, Grammy-winning artist isn't the only reason the two have generated a buzz well before the release of their debut album on Maverick Records. The Wreckers appeared on the WB network series "One Tree Hill" singing "The Good Kind," which wound up on the show's soundtrack album. That was followed by a "One Tree Hill" tour on which the duo appeared with Gavin DeGraw, Tyler Hilton and series star Bethany Joy Lenz.

The act got its name from Branch's bass player and husband Teddy Landau, who jokingly dubbed the two "The Homewreckers" because Branch and Harp would attract the attention of male fans with girlfriends at all of their concerts.

The music they make combines Branch's love of folk and rock with Harp's country influenced style, which has also won Harp her own deal with Maverick. The Wreckers have also recorded a song with Carlos Santana entitled "Feeling For You" for the guitar legend's next album.

The union between the two talents is definitely a case of the whole being greater than the sum of its parts, says Harp. "We both know that we would never have been able to make this record on our own."