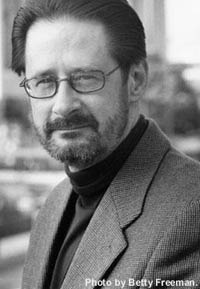 BMI composer Steven Stucky has won the 2005 Pulitzer Prize for Music for his "Second Concerto for Orchestra," it was announced by the Pulitzer Board on April 4 in New York. The Los Angeles Philharmonic premiered his winning piece on March 12, 2004 at Walt Disney Hall in Los Angeles.

The $10,000 prize is awarded on the recommendation of the Pulitzer Prize Board for a "distinguished musical composition of significant dimension by an American that has had its first performance in the United States during the year." The jury for the music prize included BMI composers Gunther Schuller and Christopher Rouse, jazz pianist and composer Muhal Richard Abrams, composer/conductor David Zinman, and Los Angeles Times critic Mark Swed.

Born in 1949, Stucky is a teacher, writer, and conductor as well as a composer. In addition to working with the Los Angeles Philharmonic for more than 15 years, his works have been commissioned and performed by the Chicago Symphony, the Philadelphia Orchestra, the New York Philharmonic, and many other major orchestras. He was a finalist for the 1989 Pulitzer Prize for his first "Concerto for Orchestra."

In addition to his work with the New Music Group, Stucky appears with Ensemble X, a contemporary music group made up of Cornell and Ithaca College faculty that he founded in 1997. He has taught at Cornell University since 1980, and is Given Foundation Professor of Music.