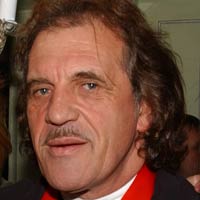 Traffic was inducted into the Rock and Roll Hall of Fame last March, five months before Capaldi was diagnosed.

The band, whose other members include longtime friend and writing partner Steve Winwood, Dave Mason and the late Chris Wood, broke up in 1974 after releasing 11 albums that included such Capaldi/Winwood-penned hits as "Dear Mr. Fantasy," "The Low Spark of High Heeled Boys" and "Paper Sun."

The BMI Award-winning songwriter also co-wrote "One and Only Man," a #1 hit for Winwood in 1990, as well as the Eagles classic, "Love Will Keep Us Alive." About 25 million copies of songs either written or co-written by Capaldi were sold during a music career that spanned four decades.

Born Nicola James Capaldi to Italian immigrant parents in Evesham, England, Capaldi sang in a number of local bands before Traffic. A prolific songwriter and collaborator, Capaldi recorded his first solo album, Oh How We Danced in1972, and had some solo hits in the mid-'70s with "It's Alright" and Roy Orbison's "Love Hurts." His 13th solo album, Poor Boy Blue, was released last year.

Capaldi and Winwood reunited in 1994 to record a new Traffic album, Far From Home, and toured that year, opening for the Grateful Dead. The two had been ready to tour again last summer when Capaldi became ill.

He is survived by his wife, Aninha, and two daughters, Tabitha, who currently works in the BMI London office, and Tallulah.