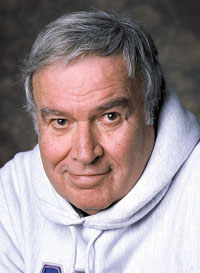 BMI composer Fred Ebb, lyricist for such Broadway classics as "Cabaret" and "Chicago," died on September 11 at the age of 76. The cause was a heart attack, said BMI composer John Kander, Ebb's longtime friend and writing partner.

With a career that spanned almost 40 years, Kander and Ebb had one of the longest-running writing collaborations in the history of the American musical theater. They had their Broadway debut in 1965 with "Flora, the Red Menace," starring a teenage Liza Minnelli, which lasted less than three months in the theater. A year later, the writing team struck gold with their Tony Award winning hit "Cabaret," which ran until 1969. The 1972 film version, also starring Liza Minnelli, gained world-wide attention and the Broadway show went on to enjoy two successful revivals, one in 1987 and the other in 1998.

The pair's last Broadway collaboration, an original musical called "Steel Pier," had a short run in 1997. They also did a musical version of "The Visit," starring Chita Rivera, at Chicago's Goodman Theatre in 2001, but a New York engagement never materialized. At the time of Ebb's death, the team was working on several projects including revising "Over and Over," a musical version of Thornton Wilder's classic "The Skin of Our Teeth," and a murder-mystery musical called "Curtains."

Ebb also co-wrote perhaps one of his most famous tunes, "New York, New York," for the 1977 Martin Scorsese film of the same name. Frank Sinatra immortalized the song with his version. As a songwriter and TV producer, Ebb received several Emmy Awards for his work on TV specials, including 1993's "Liza Minnelli Live From Radio City Music Hall," 1976's "Gypsy in My Soul" and 1972's "Liza With a 'Z'."

Fred Ebb is survived by six nieces and nephews.