Posted in MusicWorld on March 3, 2004 by Andrew Strickman 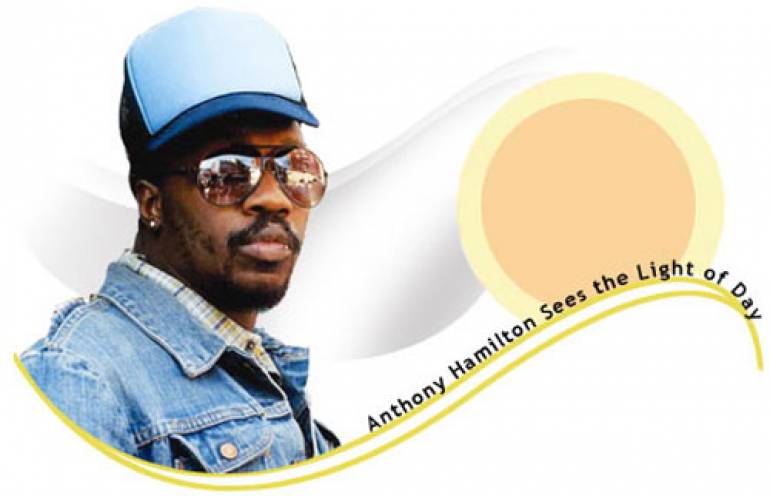 Soulful songwriter Anthony Hamilton is finally getting his due. His sophomore release, Comin From Where I’m From , garnered him three Grammy nominations.

Starting his career singing in the church choir at age 10, Hamilton moved to New York in 1993 and inked a deal with Andre Harrell’s Uptown Records for a disc that disappeared when the company went out of business. He paid the bills writing for, and performing with, artists ranging from Tupac to Busta Rhymes to Sunshine Anderson, but he still had his sights set on releasing his own work.

His eventual debut, 1996’s XTC, was almost completely overlooked by critics, radio programmers and music fans alike, and the North Carolina native went to work as a backup singer with D’Angelo. But it was an appearance on the Nappy Roots’ hit “Po Folks” in 2002 that gave Hamilton the visibility and the credibility to walk into Jermaine Dupri’s office with his head held high. The producer’s father had seen Hamilton perform at a Grammy luncheon in 2003 and urged his son to meet the singer.

Within 48 hours, Dupri signed Hamilton to his So So Def imprint and Comin’ From Where I’m From bowed nine months later. “My soul was on empty, I was searchin for something,” he sings on the album’s title track. “Tried to be good, tried to keep from trouble.”

Hamilton’s weathered tenor draws immediate comparison to Bill Withers, and his music has a timeless quality that would be just as comfortable in the ’60s or ’70s as today. Love songs like “Charlene” and “I’m A Mess” delve deep into the pain that relationships can bring, but Hamilton’s passionate delivery seems to offer hope amid the dreary stories he tells. They bump up nicely against the subtle humor and bounce of tracks like “Cornbread, Fish & Collard Greens.”

Even with the growing success of Comin’ From Where I’m From , Hamilton continues to guest on other artists’ songs, including Twista’s recent track “Sunshine,” where Hamilton provides vocal backup over a sample of Withers’s “Lovely Day.”

"I grew up wanting to do the music, so I set a path that wasn't an easy one,” he told an MTV interviewer. “It makes you respect the hard work you put in and all the gifts that life gives you, like when you have some hard days and all of a sudden you have a day that's like, 'OK, this day is for you.' "

Anthony Hamilton is finding a whole lot more of those days lately.