Nashville - Tuesday, April 22, 2003 -- Felice Bryant, who wrote some of the most popular songs in the history of Rock & Roll and Country music with her husband Boudleaux Bryant, died this morning at her home in Gatlinburg, Tennessee. She was 77 years of age and had been diagnosed with cancer.

Visitation for Felice Bryant will be held in Sevierville, Tennessee, on Wednesday, April 23 from 6 to 8 p.m. at Atchley Funeral Home [865/453-2835] and then in Nashville on Thursday, April 24, from 4 to 8 p.m. at Woodlawn Funeral Home [615/383-4754]. The family will also receive visitors on Friday, April 25 from 1 to 1:30 p.m. before the 2 p.m. memorial service, also at Woodlawn. Survivors include two sons, real estate executive Dane Bryant and BMI Executive Vice President Del Bryant; four grandchildren; two great-grandchildren; and a sister. 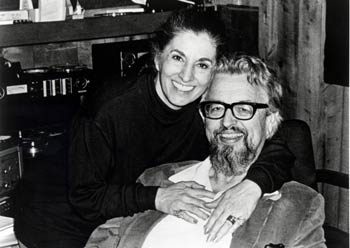 From their first hit in 1948 throughout the next four decades, the Bryants proved themselves to be among the most pioneering and influential music creators of the 20th century. They supplied songs to an astounding variety of voices -- Eddy Arnold, Bob Dylan, the Beatles, Tony Bennett, Simon & Garfunkel, Sarah Vaughan, the Grateful Dead, Dolly Parton, Elvis Presley, the Beach Boys, Roy Orbison, Elvis Costello, Count Basie, Dean Martin, Ruth Brown, Cher, R.E.M. and Ray Charles, among dozens – and launched the career of the Everly Brothers with several signature records. 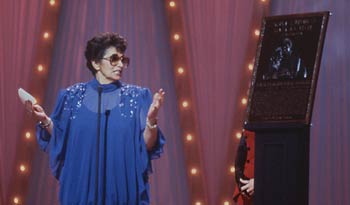 Felice Bryant was born Matilda Genevieve Scaduto on August 7, 1925 in Milwaukee, into a music-loving Italian family. As a child she began composing lyrics set to traditional Italian tunes, and in her teens sang in and directed shows at the local USO. In 1945, while working as an elevator attendant at Milwaukee’s Schroeder Hotel, she struck up a conversation with a visiting musician from Georgia named Boudleaux Bryant. They eloped two days later.

In the early years of their marriage, Boudleaux and Felice (a pet name from her husband) traveled around the country while Boudleaux, a classically trained-violinist, played with various jazz and country bands. Eventually, they settled in his native Moultrie, Georgia, and began to dabble in songwriting. After writing 80 songs and suffering months of rejection, they secured their first hit when legendary publisher Fred Rose heard “Country Boy.” Rose placed the song with Grand Ole Opry newcomer Little Jimmy Dickens, who recorded “Country Boy” in 1948 and took it to the Country Top 10 in June 1949. At the urging of their mentor Rose, the Bryants moved to Nashville in 1950; they are generally considered the first people who came to the country music capital to make their living solely as songwriters.

The Bryants were also early pioneers of song promotion and self-publishing in Music City, forming Showcase Music (1954-56) before entering an innovative contract with Acuff-Rose Music Publishing [negotiating for then-unheard-of reversionary rights]. They found success with a string of country singles for Dickens (“Out Behind the Barn,” “I’m Little But I’m Loud”), Carl Smith (“Hey Joe” [also a pop hit for Frankie Laine], “It’s A Lovely, Lovely World,” “This Orchid Means The End”), Eddy Arnold (“The Richest Man In the World,” “I’ve Been Thinkin’”) and Jim Reeves (“Blue Boy”).

Mrs. Bryant usually collaborated with her husband, but earned a huge hit on her own with “We Could,” appropriately a song she had written as a birthday gift to Boudleaux. Among the artists who have recorded “We Could” are Jim Reeves, Little Jimmy Dickens, George Jones & Tammy Wynette, Kitty Wells, George Morgan, the Louvin Brothers, Charley Pride, Al Martino and John Prine.

The Bryants’ considerable success in the country arena would soon be surpassed when, in 1957, they scored two #1 pop hits on up-and-comers the Everly Brothers with “Bye Bye Love” and “Wake Up Little Susie.” The partnership between the pairs would result in numerous Rock & Roll classics; the Bryants provided the Everlys with virtually all of their early hits, including the Boudleaux/Felice co-writes “Problems,” “Poor Jenny” and “Take A Message To Mary.” (“All I Have To Do Is Dream,” “Devoted To You” and “Love Hurts”’ are credited solely to Boudleaux.) “Raining In My Heart,” first offered to the Everlys, was passed on to Buddy Holly and recorded at his final session in 1958.

The Bryant classics continued with “I Got A Hole In My Pocket,” “She Wears My Ring,” “Have A Good Time,” “Sleepless Nights,” “Come Live With Me” and “Rocky Top” (adopted as a Tennessee state song in 1982). In 1966 the duo’s contract with Acuff-Rose ended and, with the publishing rights reverted to their ownership, they established House of Bryant Publications.

The couple moved to Gatlinburg, Tennessee in 1978, where they owned and operated the Rocky Top Village Inn in the Great Smoky Mountains. In 1979 Boudleaux produced their only album as performers, A Touch of Bryant.

Among the Bryants' many industry honors are membership in the Country
Music Hall of Fame (1991), the National Academy of Popular Music
Songwriters Hall of Fame (1986) and the Nashville Songwriters Hall of
Fame (1972). Affiliated with performing rights organization BMI
throughout their careers, Felice & Boudleaux Bryant earned a total of 59
BMI Pop, Country and R&B Awards.

FROM THE CATALOG OF FELICE & BOUDLEAUX BRYANT