Posted in MusicWorld on September 11, 2002 by Dan Kimpel 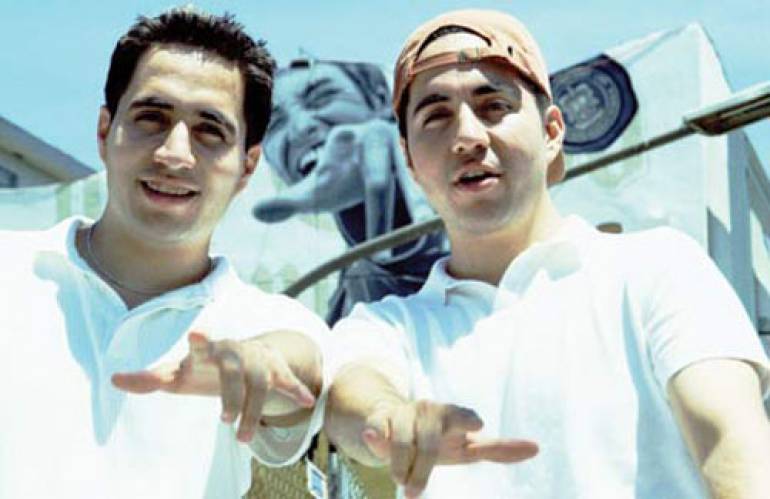 When the Valenzuela twins, Omar and Adolpo, were only 14, they represented Mexico in an international cultural exchange, performing mariachi and merengue music for audiences from Europe to Africa. When they broke into banda, however, Adolpo recalls, "Everyone started to dance - I could feel the people."

Now 26, the duo - Los Angeles residents for the past 10 years - is creating a soundtrack for both sides of the border. Dominating the Latin Grammy Awards in the banda category last fall by producing three of the five nominated albums, they won Banda Album of the Year with the genre's champions, Banda El Recodo. Since then, three of their songs have hovered in the upper reaches of the Billboard charts.

Distinctive brass, courtesy of Mexico's German immigrants, distinguishes banda. Owing to its origins in the agricultural state of Sinaloa (and boastful lyrics often steeped in outlaw machismo) it was long considered lowly country music. Now, new songs - many of them written and produced by the twins - are providing its renewed power. Even superstars like Thalia have jumped on the bandwagon, propelled, of course, by the Valenzuela brothers' hard-edged production.

Citing a new project for Sony, plus the twins' plans to record their own album, Adolpo explains, "This is not the only kind of music we do." Although they plan to fuse hip-hop, jazz, electronica and R&B into new forms, banda is still firmly their forte. "This music is from our country," he says proudly, "It's important for us to develop it as international music."
SOURCEMusicWorld TAGS Country Dance Latin Important International Musicworld Hitmaker Artists Thalia