Posted in MusicWorld on September 11, 2002 by Bruce Britt 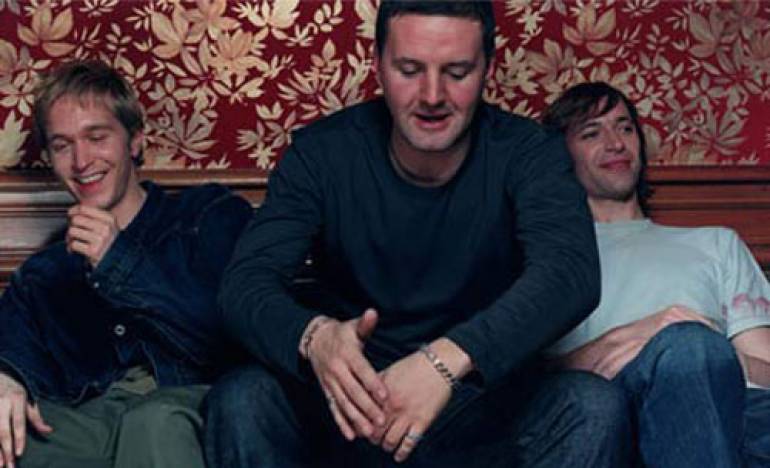 Dirty Vegas should name themselves after America's glitzy gaming capitol. After all, the British trio has gambled on an electronic club sound that combines pulsating dance rhythms with folky singer/songwriter melodies. But the band's crapshoot has paid off handsomely, having resulted in a massive international hit single and album.

Dirty Vegas's musical wager began in 2001. That's when the group completed writing and recording their breakthrough single, "Days Go By," in half a day. Three days later, influential BBC deejay Pete Tong was spinning the disc on his show, transforming the just-recorded song into a major British hit.

Within months, Dirty Vegas fever migrated to the States. In early 2002, Mitsubishi launched a U.S. television ad campaign featuring dancers grooving to "Days Go By." By early spring, the single was a U.S. hit fueled by an MTV/VH1 video. Dirty Vegas's self-titled debut album was the highest-charting album on Billboard's Top 200, landing in the Top 10 and quickly winning "gold" sales certification.

Critical acclaim has made Dirty Vegas's success all the sweeter. Rolling Stone raved about the band's "electrofolk" sound, while USA Today described the group as "a collective of sonically savvy upstarts intent on proving that electronic dance music and singer/songwriter pop can blend in perfect harmony." A similarly impressed Los Angeles Times wrote: "Inspired as much by Pink Floyd and the late-'80s Manchester scene (Happy Mondays) as the dance world, 'Dirty Vegas' is a promising debut."

Resisting the temptation to replicate their hit single, Dirty Vegas instead created an eclectic album that has made them one of the world's most auspicious new bands. "We just remembered the great vibe you used to hear [in clubs]," Ben Harris recently told Rolling Stone. "Back when you could hear four-on-the-floor dance music mixed with Primal Scream mixed with Spanish guitar mixed with hip-hop. That's been lost in club culture today. So we thought, it we're not hearing it, let's make it ourselves."