Posted in MusicWorld on September 11, 2002 by Kevin Zimmerman 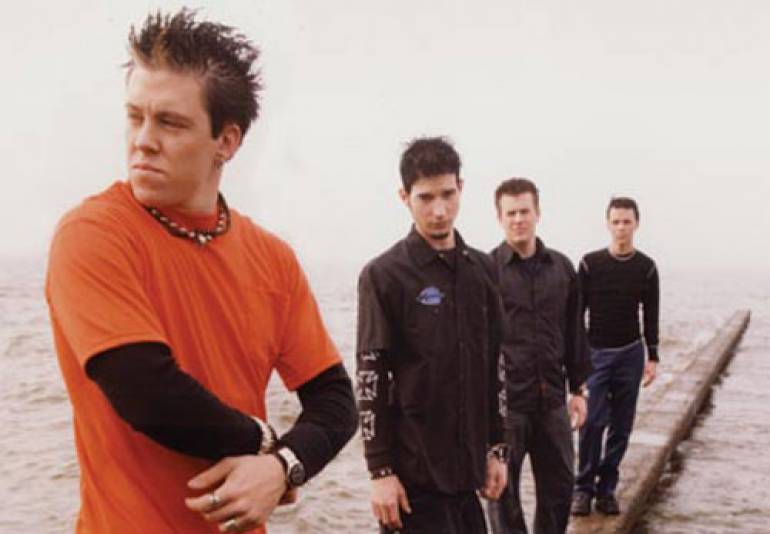 It’s been a pretty amazing two-year ride for 12 Stones, a rock-solid foursome from the New Orleans suburb of Mandeville, LA. In just a few months, the group has recorded and released its self-titled debut album (on Wind-up Records) and is now touring with Wind-up megastars Creed. Not bad, considering three of the Stones are under 21 years old.

After playing only a handful of gigs, 12 Stones recorded a demo tape featuring its heartfelt, oftentimes anthemic brand of straight-ahead rock. That demo led to a New York City showcase for label honchos . . . although at first the experience wasn't entirely pleasant. Bassist Kevin Dorr was feeling the ill effects of his first sushi encounter, and singer/songwriter Paul McCoy had his pocket picked in Times Square.

"Here we are, our first few hours in New York City," McCoy recalls, "and Kevin is puking in the bathroom and I'm chasing some guy who stole my wallet just a few hours before we play the showcase. It was crazy."

The situation improved once 12 Stones signed with Wind-up and began recording with producer Jay Baumgardner (Papa Roach, Alien Ant Farm), who helped pump up Eric Weaver’s searing guitar solos in the belief that a new guitar hero might be born. Combined with the propulsive rhythm section of Dorr and drummer Aaron Gainer and McCoy’s distinctive lyrics, the 12 Stones sound conveys real emotion with a visceral punch.

"Our songs are about some of the really tough times I went through growing up," McCoy says. "I really wanted to target subjects in our songs that kids going through crises can relate to. It doesn't mean you can’t be angry and the songs powerful. We just want to stream negative energy in a positive way."

As 12 Stones continues powering up the charts, the positives seem to keep rolling in. Just watch out for that sushi.