Lauren Braddock celebrated the release of her self-titled debut album with a listening party at the Slow Bar in Nashville (8/23). The 15-song CD, produced by Don Henry, draws on many influences from 60's & 70's pop to alternative to country. Among the many guest artists and musicians featured on the album are country's Blake Shelton, Deborah Allen and Matraca Berg on background vocals, pop-rockers Bill Lloyd and Will Kimbrough on guitar, pedal steel player Dan Dugmore, harmonica guru "Jellyroll" Johnson, the multi-talented John Mock and Lauren's dad, BMI Award-winning writer and producer Bobby Braddock, on keyboards. The CD is now available on www.laurenbraddock.com and www.cdbaby.com. 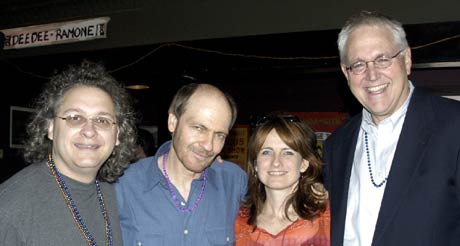