Posted in MusicWorld on March 28, 2002 by Martin Huxley 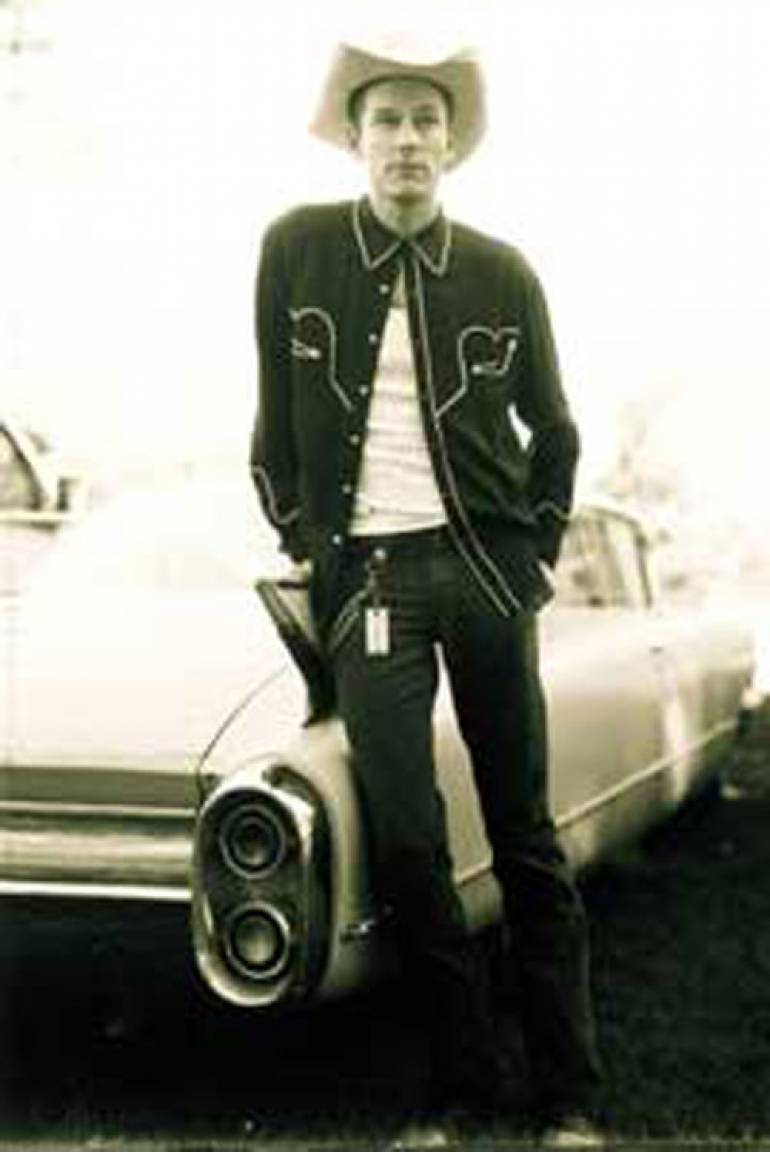 As the grandson of seminal country legend Hank Williams and the son of veteran hell-raiser Hank Williams Jr. , Hank Williams III comes by his rebellious nature honestly. "I've got a Jekyll and Hyde personality, both onstage and off," admits the artist. "And musically, there's no question that I love rock &' roll as much as I love country."

Those musical and personal extremes are reflected on Hank III's second album, Lovesick, Broke & Driftin', on which the brashly charismatic upstart sticks to a stark, stripped-down sound that enhances the swagger of honky-tonk tunes like "Whiskey, Weed and Women" and "Mississippi Mud," while spotlighting the darker lyrical edge of such numbers as "Walkin' with Sorrow" and "Cecil Brown."

The third-generation iconoclast launched his country-music career in a characteristically unconventional manner. Although he'd been raised on hard rock and played in a variety of teen punk combos, he accepted an offer to perform as the featured act in a Hank Sr. tribute show in Branson, Missouri.

Hank III quickly proved himself a natural. After winning a deal with Curb Records, he released his 1999 debut album, Risin' Outlaw, which he now dismisses as over-produced and unrepresentative of his musical vision. For Lovesick, Broke & Driftin', Williams took hold of the creative reigns, co-producing the album and writing 12 of its 13 songs. The remaining tune is a manic reworking of Bruce Springsteen's "Atlantic City."

"Most of the songs on Lovesick were written at times when I was feeling vulnerable and a bit blue," Williams says, "so I had no qualms about writing what I felt at the time. For some reason, in my songwriting I've always been attracted to gloomy, darker scenarios and this one is no different."

Although Curb has marketed him as a country artist, Hank III's live shows offer an unpredictable mix of honky-tonk and raw, propulsive rock, delivered in varying proportions depending on the venue. He's played the country circuit as well as sharing stages with such left-of-center rock acts as Beck, the Melvins and the Reverend Horton Heat, and has recorded a rock album that he hopes to release later this year.

"As far as songwriting goes, I'll never compete with Hank Williams Sr.," Hank III concludes. "I just try to do my own thing. But I totally respect the legacy and am well aware of its place in history and what it means to people. Hell, it means a lot to me."