Posted in MusicWorld on October 31, 2000 by Jon Matsumoto 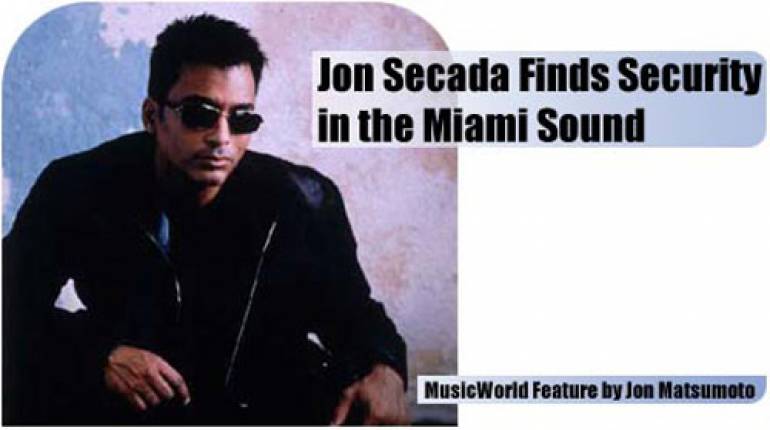 1997 was a difficult year for singer Jon Secada.

Secada, who became a major star with his self-titled debut album in 1992, saw his EMI record label dissolve just after the release of his Secada CD. This ill-timed event not only commercially torpedoed his sixth album, but it threatened to put a major dent into the Latin pop vocalist's flourishing career.

During the three years that followed this setback, Latin music boomed. But as Enrique, Ricky, Christina and Jennifer became household names, Secada was not in the spotlight.

Nevertheless, the 38-year-old stayed calm, cool and collected as he prepared for his comeback. After signing with 550 Music/Epic Records, the Cuban-born, Miami-raised artist resisted the temptation to rush deliver his next album. Instead of worrying about being left behind by Latin pop's new wave of hot 'n' sexy performers, he opted for quality control while carefully crafting his next album. He ended up co-writing 70 songs in preparation for the aptly titled album Better Part of Me, which was released last summer.

The result is a work that Secada is immensely proud of. Out of all of his albums, he believes Better Part of Me best captures the mélange of musical styles that help make up the Miami sound. "I've always believed that there's not a better musical melting pot than Miami," Secada said recently. "The city offers a perfect combination of what I believe and feel musically, from R&B and disco to merengue and salsa. The new album is a fusion of all these sounds. For me, it defines the sound of Miami and I'm proud of that."

Secada has been described as quiet and unpretentious. He is imbued with a subtle confidence that is partly borne out of his numerous talents. He attended the music school at the University of Miami where he received a bachelor's degree in music and a master's in jazz vocal performance. He is not only an adept vocalist, but he's also blessed with songwriting, arranging and producing abilities. Gloria Estefan, Ricky Martin and Jennifer Lopez have all been beneficiaries of his songwriting gift.

Many performers in his position would be loath to arm the competition with hit songs but Secada isn't the type to obsess over sales numbers or his place in pop music. "I've always believed that whatever God has in store for you, so it shall be," he was quoted as saying recently. "I may want certain things, but destiny may have other things in mind. I've always taken my career as a pop star with a grain of salt."

Secada's life has prospered in other ways since he moved from EMI to 550 Music/Epic Records. He got married, bought a new posh waterfront home off Miami's Venetian Causeway and became a father to a baby girl.

Of fatherhood, the former backup singer with the Miami Sound Machine says, "Spiritually, it has changed my life. It's added a whole new dimension to me as a human being, having somebody to care for like that. This is somebody who is a part of me, who is my blood, somebody besides my parents."