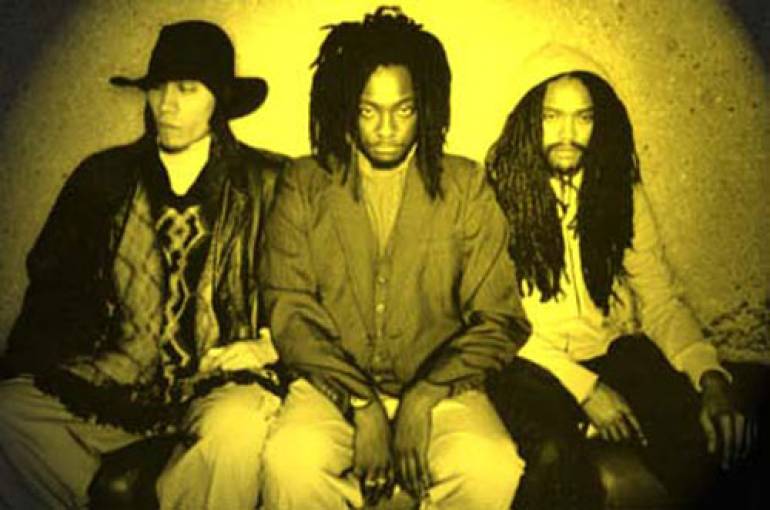 Hailing from suburban Los Angeles, Black Eyed Peas loom as one of rap's most innovative acts. On their 1998 debut CD, Behind the Front, the trio managed to convey toughness without ever stooping to pointless "gangsta" histrionics. On their recently released sophomore album, Bridging the Gaps, the Los Angeles rappers hone their house-rocking grooves to the cutting point.

Though the conscientious trio bravely rails against the populist grain, few doubt the Peas' credibility, integrity or toughness. In fact, the trio was initially signed to Ruthless Records, the seminal gangsta rap label founded by the late N.W.A. alumnus, Eazy-E. Following Eazy-E's demise, the group signed to Interscope Records and proceeded to forge their own underground sound.

"I'm trying to bridge the gap to those closed-minded people who think hip-hop is only a certain way because they've must been listening to it for so long," explains the group's lead rapper, will.i. am. "They fell in love with it when it was about gun toting."

The Black Eyed Peas harmonious hip-hop vision stems from their multiracial makeup. Will.i.am is an African American raised in the Latin barrios of East LA. Fellow rapper apl.de.ap moved to the U.S. from the Philippines in 1989, while taboo boasts Native American and Hispanic bloodlines. The trio cites alternative rap artists like De La Soul and a Tribe Called Quest as influences, along with electronica groups like Portishead, Stereolab and Roni Size.

Unlike some rap acts that have difficulty replicating their studio performances onstage, the Peas are renowned for their fiery live shows. Rapping and dancing to the accompaniment of a live band, the inventive trio is as viable live as any rock or funk group. By challenging urban music precepts, Black Eyed Peas may be creating an altogether new rap sound.