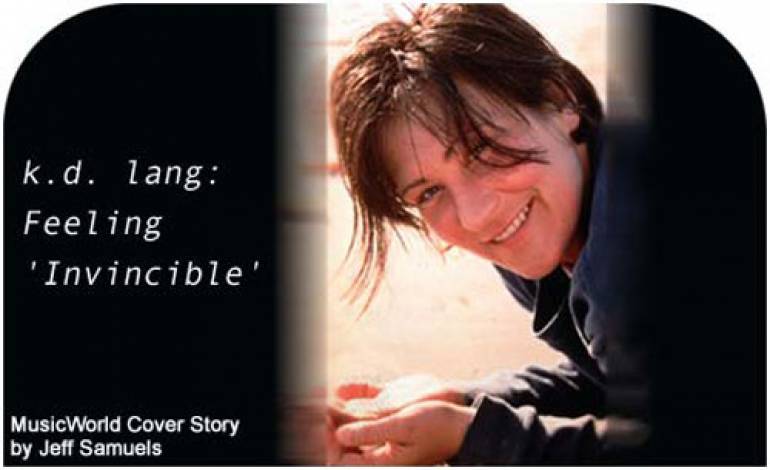 k.d. lang's most recent recording, Invincible Summer, and accompanying tour add further sparkle to a career that has, by any measure, set standards of excellence and achievement. Throughout a career that has encompassed styles ranging from country to classic torch songs, lang's musical journey has been distinguished by one unique component: a truly singular and beautiful voice that makes any song, in any style, truly identifiable as a k.d. lang performance.

Following an extensive 1998 tour of the United States and Canada in support of that year's critically acclaimed Drag, the Grammy-winning lang found herself at both a creative and personal crossroads. "I felt like I was on a treadmill," says the artist. "I needed to recharge my batteries, to take a break. I wanted to evaluate what I'd accomplished so far and maybe take the opportunity to enjoy some of the rewards."

To accomplish the changes she sought, k.d. lang made a major geographical decision. She relocated from her Canadian farm country house to the warmth and sun of Southern California. "I fell in love with California, and being by the ocean and picking up on the legendary summer vibe that is so much a part of the place," she says. "When I started writing songs for this album, I actually took paper and pencil with me to the beach."

"In the depths of winter, I finally learned that within me there lay an invincible summer." With that quote from Albert Camus resonating within her, lang found the source of inspiration for her latest work, showcasing her brilliant singing and songwriting. Produced by the artist and Damian leGassick - who she met through Madonna and William Orbit - the album "balances smart, sophisticated traces of electronica with the easy flow of highly accessible pop," according to Robert Hilburn in the Los Angeles Times, who also praises the album's tone of "celebration and wonder."

"I was listening to the Mamas & Papas, surf punk and a lot of Brazilian music," says lang. "It all put me into a super positive mood. It was like rediscovering the happy, optimistic side of myself that I lost touch with in the stress and confusion of maintaining a career. I wanted to use summer as a metaphor for the lightness and euphoria of love." Toward that end, the album employs a line-up of some of the industry's top musicians, including drummer/bassist/guitarist (and co-writer) Abe Laboriel, guitarists Wendy Melvoin (an alumnus of Prince's Revolution), Greg Leisz and longtime collaborator Ben Mink, multi-instrumentalist (and co-writer) David Piltch, and Teddy Borowiecki and Damian leGassick on keyboards.

lang's exuberance, consummate craftsmanship and passion will also be experienced on her "Invincible Summer" tour. Opening for Sting on July 25 at Red Rocks in Denver, k.d. begins the headliner portion of her tour August 9 at the Fox Theatre, Bakersfield, CA., culminating in Nottingham, England on October 12. The tour follows a string of high profile TV appearances, including The Today Show, The Tonight Show with Jay Leno and the Rosie O'Donnell Show.

Invincible Summer has already achieved the critical acclaim that has followed k.d. lang's music. Kevin Riordan of Between the Lines perhaps best captured the spirit of the record: "Someday, this CD may be looked upon as setting a new standard. Right now, it's absolutely the beachiest and most romantic record of the year."