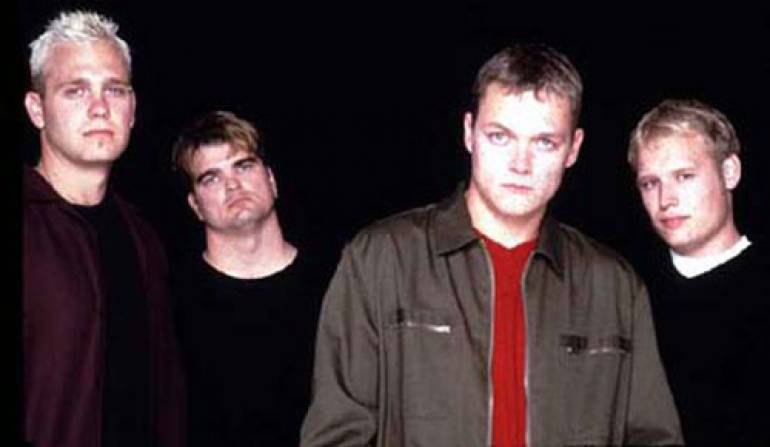 The Better Life, the debut album by 3 Doors Down, has quickly established the Mississippi quartet as one of America's fast-rising young bands. The album, which was certified Gold in April, just eight weeks after its release, balances melodic songcraft with a harder rhythmic edge, and has produced a memorable radio hit in "Kryptonite."

The group - singer/drummer Brad Arnold, guitarists Chris Henderson and Matt Roberts, and bassist Todd Harrell - originally came together four years ago as a trio of high-school students Arnold, Harrell and Roberts. Though he'd never sang in his previous bands, Arnold was eventually appointed lead vocalist/lyricist in addition to his percussive duties.

"I always used to sing to myself when we were playing," Arnold notes. "Then one day I got a microphone, and nobody else would do it."

Though the band only knew four songs when it made its debut performance at a friend's party, their repertoire and performing chops progressed steadily, and before long the young combo was making road trips to play out-of-town gigs. By 1997, they were regularly drawing large live crowds. A self-released CD, which included an early version of "Kryptonite," helped generate an industry buzz that eventually led to the band's current deal with Republic/Universal.

The trio became a quartet in 1998, when Harrell's longtime acquaintance Henderson was brought in to fill out the band's sound. More recently, the group expanded once again, with the addition of a drummer, whose presence allows Arnold to concentrate on fronting the band.

"It's a rock & roll band, straight up," says Harrell. "It's not really alternative or metal or anything. It's rock 'n' roll."