Posted in News on November 1, 2015 by Griselda Flores 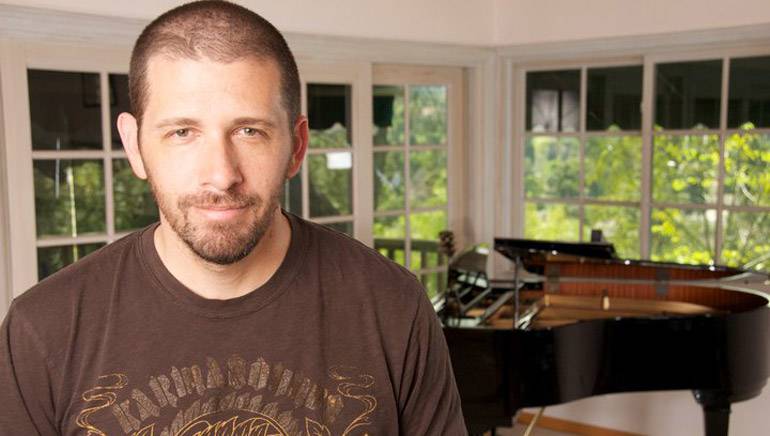 With 10 Latin GRAMMYs and five GRAMMYs under his belt, Sebastian Krys attributes his success as a music producer and sound engineer to the incredible people he worked under and learned from early on in his career. Those mentors who steered him in the right direction include the legendary Emilio Estefan and Phil Ramone, among others.

The Argentine born Krys – whose musical inspirations include the Beatles and “lots of punk records” – has worked with top Latin artists like Ricky Martin, Shakira, Marc Anthony, Celia Cruz, Gloria Estefan, La Santa Cecilia, Luis Fonsi, Carlos Vives and Alejandro Sanz, making him one of the most valued and sought-after producers in the industry.

This year, he’s nominated for three Latin GRAMMYs: “Producer of the Year,” “Album of the Year” and “Record of the Year.” Here, Krys tells BMI what these recognitions mean to him, what it takes to make a hit song and his advice to the new generation of music producers.

Congratulations on your nominations for this year’s Latin GRAMMYs, including Producer of the Year. What does that recognition mean to you?
That’s a tough one for me. I have a different take on awards. It’s always really nice to get recognized by your peers, but at the same time there are records that I love that have never been recognized and there are records that I’ve done that I don’t love as much and have been recognized. The thing is that we’re our hardest critics, much tougher than our colleagues and the Academy, so you put a lot into perspective with how happy you are with the work. And I’m really happy with the work that got recognized this year, but I was happy with it already.

What would you say is most beautiful about the craft of creating music and the most rewarding?
From a production standpoint, I would say it’s a couple of things. One of them is when you feel like you’ve nailed it and really achieved the artist’s vision or exceeded it. The other part comes much later after the record is done and you see it affect people. When you go to a concert and people are singing those songs, that’s the most rewarding. The way it reaches people and they get it. Those moments are really incredibly satisfying.

You started your career with Emilio Estefan, one of the most respected producers in the industry. What did you take away from that experience?
The biggest thing I took away was the value of opportunity. When you work in Emilio’s camp, opportunities really came easy. He would ask, ‘Do you want to work with Shakira or do you want to work with Carlos Vives?’ and that’s not the way the real world works. I really valued the opportunities that he gave so many people including me. This year I’m nominated and George Noriega is nominated, who also started with Emilio. You see past “Producer of the Year” winners like Kike Santander who started with Emilio; you just look at his legacy of the amount and quality of people that came through his doors. There is incredible talent everywhere but to be able to give people the opportunity to use their talent, that’s priceless. It was really just the fact that if you worked hard and had something to offer, he’d give you a chance and that’s something that is gold. There aren’t many people like that.

Instead of sticking to one specific genre, you’ve produced pop, salsa, rock, and more; why is that?
That goes back to sort of that punk ethic of anything goes. I think doing one type of music, even if you do it well, will get boring after a while. When I started, I decided that the important thing was for artists to sound like themselves and not for them to sound like me. I loved producers like Rick Ruben, who is a very diverse producer. When you see these types of producers and they become invisible but you open up a record and their names are always there, I wondered how they were able to work on such different music. But that was the thing; you just make it about the artist and the music and not about yourself. There will definitely be things that I can’t do, but I’ll at least give it a shot and see if I’m the right person for it, and if I am, then we’ll continue.

What is key to making a hit album or song?
Honesty. If it’s an honest song and if the people creating it are feeling certain things, then chances are that the people listening to that song will also feel those emotions. When something is really contrived people perceive that, so it’s important to keep everyone in the room really honest with the music. And you can tell when writers write something more from the craft than from inspiration. If you keep people honest you have more of a shot.

You’ve worked with many top international artists, like Ricky Martin, Alejandro Sanz and Shakira. Who would you like to collaborate with that you haven’t yet?
There are people that are gone that I wish I would have had the opportunity to work with. I always wanted to work with Mercedes Sosa, but unfortunately she’s no longer with us, but I loved her records. Los Lobos is a band that I love and they are a huge influence. A lot of times you see great new artists like the band Monsieur Perine that is great, but at the same time you don’t presume that you’d be the right person for it. Part of the reason you like some of these artists is because they do great work, so it’s a little bit daunting at times, like, you think, yeah, I want to work with them but maybe if I work with them I’ll screw it up, so it’s better to just be a fan.

What were some of the biggest challenges you faced throughout your career and do you think the new generation of producers is facing the same challenges?
It’s a little harder for people now. The hardest part especially for new producers is that there isn’t as much of an apprenticeship as there was before. Now they have to learn everything from reading and YouTube and things of that nature. I was really fortunate to be able to assist people like Phil Ramone and Emilio and work with these incredibly talented, diverse and very knowledgeable people. It’s harder now because you don’t have that system of apprenticeship where you get a job at a studio and then you work under somebody and really learn, not just the technical aspect but the human aspect of how to handle sessions, musicians and managers.

A lesson you learned early on in your career that you would pass along to up-and-coming producers?
When I first started, I learned to keep my mouth shut and just sit in the back of the room. That was an important lesson. Later on one of the greatest lessons I learned from Phil Ramone was to not let technology get in the way of performance and make the studio invisible. He was a master at making the studio disappear and really making it comfortable for whoever the musician was. That was a really big lesson; it wasn’t about anything other than the performance and creating an environment for a great performance.

What’s up next for you?
I actually just started on a project with an artist from Spain named Vega. It’s our fourth album together. It’s kind of a fun record because it’s more of a concept album, which I’ll wait for her to announce because I don’t want to get in trouble. And then there’s a bigger project on the horizons, but one of the things that has been a lot of fun that I’ve done this past year doing more of is A&R work. I’m just finishing the new Los Rakas record which was really fun because I wasn’t producing or engineering or anything like that, it was more of a true A&R of helping them find the songs, producers, engineers and helping them with their team.

Tell us about your relationship with BMI.
One of the great things about all these years that I’ve spent with BMI, and I’ve been with them since the very beginning of my career, is that they’ve been so supportive of the artists that I’ve put in front of them. The benefit shows that we put together the night before the GRAMMYs is something that would have never happened at the level that it’s happening now without their support. My relationship with them has always been about how they can really help the artist I’m working with and how can we use that vast network that they have in order to do some good. We’ve raised a lot of money for some good causes and they’ve really helped launch a lot of artists like La Santa Cecilia and Los Rakas; I found them at a BMI showcase. They’ve been so instrumental in putting artists in front of me and so supportive in the development of those artists.