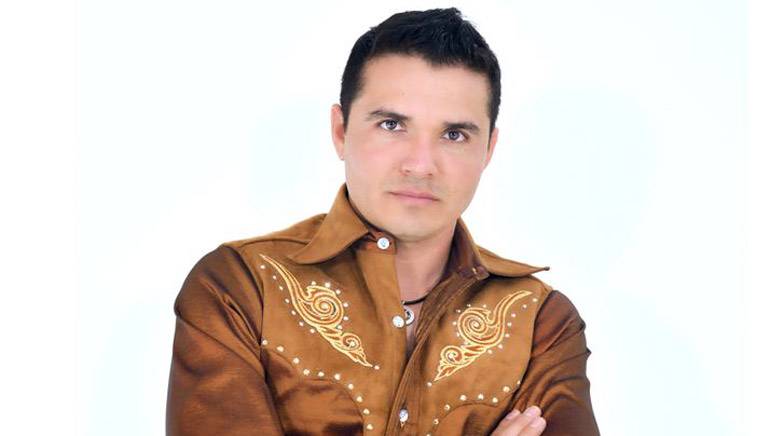 Horacio Palencia has many reasons to celebrate. Riding high off his win as Latin Songwriter of the Year at the 2015 BMI Latin Music Awards for writing five songs that rank among the year’s most performed, including “Cero a la Izquierda,” “Hermosa Experiencia,” “Mi Niña Traviesa,” “Mi Razón de Ser,” and “Mi Segunda Vida,” the Sinaloa, Mexico native is putting the finishing touches on his upcoming album, Vivencias Propias y Ajenas.

Due in May, it’s only his third album as a solo artist, but Palencia is more than seasoned in the art of writing hits for others. Throughout his prolific career as a songwriter within regional Mexican music, notable acts including Banda MS, Huracanes del Norte, La Arrolladora Banda el Limón, Banda el Recodo, and many more have recorded his songs. In fact, his latest BMI Latin Songwriter of the Year trophy is his fourth.

For all his consistency within the genre, Palencia’s gift isn’t limited to banda. Co-penned by himself and Mexican duo Rio Roma, “Me Cambiaste la Vida” was a beautiful pop ballad featured in the 2011 Spanish soap opera La Fuerza del Destino.

BMI caught up with the songwriter with the Midas touch before he jetted to Miami for the 2015 Billboard Latin Music Conference, where he participated in the “BMI Presents: How I Wrote That Song” panel alongside fellow BMI writers Descemer Bueno, Glenn Monroig, Yunel Cruz, and Eliel Lind.

1. Congratulations on winning the BMI Latin Songwriter of the Year award yet again. What does this honor mean to you?
It’s a huge honor and a really important one because it means I’m still relevant. It gives me motivation to do more, to keep doing what I love doing most, which is tell stories through song. I think when you do things from the heart, everything else falls into place. When I wrote those songs, I didn’t do it thinking of potential awards. I did them from the heart and the result is there.

2. What are the three necessary ingredients to any Horacio Palencia hit song?
Well the first thing would be feeling. You need to be able to transmit a feeling that connects with the listener. The second thing would be passion – doing something that brings you great fulfillment. For example, when I’m writing a song I get so filled with emotion when the words start flowing that sometimes I feel myself shaking. The concept of time disappears. Sometimes an entire day goes by in the studio and I don’t notice because I love what I’m doing so much. That’s what I mean about passion. And the third thing would be the discipline or intelligence to stay on top of musical trends and what people want to listen to nowadays and be able to inject that into your music without losing your essence as a songwriter. What people liked 10 years ago is not what people listen to today. And within regional Mexican music, the topics may always be the same –love and the loss thereof – but the terms people use may change, as do the rhythms, so you have to be able to adapt while still retaining your signature sound.

3. What is the concept behind your upcoming album?
Well, I’m from Mazatlan, Sinaloa, so it’s 100 percent banda. You will hear ballads, rancheras, and other romantic songs in the banda style, and I’m also doing a cover of a cumbia song called “Mi Celosa Hermosa” written by a Colombian composer named Omar Geles. I’m also doing something very different, a bonus track in bachata, which I wrote with a friend of mine, Kelvin Mejia. It’s an authentic bachata, recorded in the Dominican Republic with Dominican musicians in a studio where they record tropical music. It’s called “Viaje de Ida” and I hope people will like it. The same song is on the album as a banda version and the bonus track is bachata.

The album is going to have a lot of promotional support. I will be touring in the United States, which is actually where I got my start, but unfortunately with so much work here in Mexico I sort of neglected the U.S. market. With this album I’d like to get those fans back, so they don’t forget me about me as a songwriter or a singer. With this album I want there to be a good balance between the two countries.

4. What made you want to do bachata, besides the fact that it’s what sells right now?
It’s interesting because a few of my songs have been given the bachata or tropical treatment, like “Niña de mi Corazón,” originally recorded by Banda el Limón. That one was also done by a bachata artist named Karlos Rosé and it was a hit. So Kelvin [Mejia] invited me to a festival in the Dominican Republic and that’s how the idea was born to do a song together in that style. I like taking risks, but I know my limits. For example, I don’t see myself doing reggaeton or hip-hop [laughs].

5. Initially you didn’t want to become an artist. You seemed to be content with being a songwriter. What changed in 2012 that made you want to take the leap?
Being an artist was never my dream. I always led a very serene life, and tranquility is the last thing artists get to experience. My dream was always to have success as a songwriter, but with time, sometimes your dreams change. I guess working with so many artists, traveling so much, and having the maturity to pursue this career, which requires so many sacrifices and so much discipline, moved something in me to want to pursue it. Now I really love sharing my own experiences through song, as well as other people’s. That’s why my new album is called Vivencias Propias y Ajenas (My Own and Shared Experiences). Now I’m used to staying up all night for a performance, traveling non-stop. All the sacrifice is worth it because it makes me a better artist. The more I live, the more I can give.

6. You’re known for your romantic style of songwriting, but what is something you listen to that would surprise people?
I’m very versatile when it comes to listening to music. I love banda, of course. I love norteña music but I also love to listen to music in English. I love Bruno Mars, Meghan Trainor, Magic! and Taylor Swift – those are all great to exercise to. I also like to listen to music in Italian and Portuguese. I like all kinds of rhythms and I think that subconsciously listening to different kinds of music helps me be a more versatile songwriter.

7. What is the key to having success both in Mexico and the United States, to being beloved on both sides of the border?
The key is just to work, and everything that that word entails for an artist. We’re talking about making albums, making videos, doing Twitcams, posting pictures of your daily life to all your social media platforms, because otherwise people will forget about you. It’s doing interviews for radio, television, it’s doing promo tours, concerts — it’s work, work, work.

8. What is your advice for aspiring songwriters?
It’s a great time to pursue songwriting. Now there is more recognition than ever for the craft. That’s a big motivation for aspiring songwriters. For those who truly have the talent for it — because this is something you’re born with, you can’t force it and you don’t need a formal education for it — my advice is, keep polishing it each day. It may take 100 or 200 songs until you get a good one. Don’t expect anyone to promote your music for you. Do it yourself, go knocking from door to door, and you’ll reap the rewards of your talent, patience, and hard work.

9. Who would you like to collaborate with that you haven’t yet?
I would love to write songs for Marc Anthony — even if it were just one song. He has an amazing voice. Another songwriter whom I admire very much is Descemer Bueno, who also performs with Enrique Iglesias and Gente de Zona on “Bailando.” It’s been such a big hit. I hope to have some sessions with him soon.

10. What has BMI meant to you?
I’ve been with BMI from the beginning. It has been my only home. They have done an excellent job of collecting my royalties and I’m very happy because they have been witness to my success. They have motivated me through the special awards they’ve given me over the years. When I started out I used to say, ‘It would be beautiful to win just one BMI Latin Songwriter of the Year award.’ Never did I imagine it would be more than that! I’m very grateful for that. I owe it all to the passion that I put into what I do.