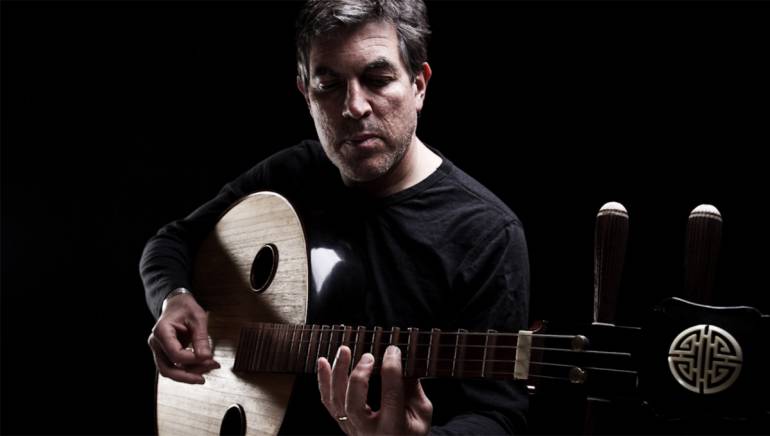 For years, BMI composer Dan Licht’s appetite for novel sounds propelled him from one musical discipline to the next. But as he tells it, that bank of knowledge didn’t totally click together until he tried his hand at composing for the big screen—a suggestion that came from his former classmate, and then ascending horror maestro, Christopher Young. Since then, Licht has spent more than 20 years expanding outward, his confections of unexpected or altogether new sounds keeping him among Hollywood’s top-shelf composers. He sat down with BMI recently to reflect on his routine chase after the unconventional, and how it adjusts between film and TV, for which he may be best known, having spent the better part of the last ten years scoring the serial-killer drama Dexter.

You’ve spanned plenty of musical style and culture before settling in to your film and TV. What spurred you to combine them together?
I’ve always messed around in many different worlds. And inside each of those worlds no one’s really interested in going outside. Everyone is very competitive within his or her own genre. There’s a world of gamelan musicians and they all judge each other on how well they play gamelan; anything outside of that is irrelevant.

When I started doing films I found I could put them all together, and it was all relevant and applicable—and that I could get paid for it! That’s what I like about film. This style of film composing comes out of the sixties, where people started to experiment with smaller groups and interesting sounds, a lá Morricone and some of the things he did that were less standard orchestra. What was interesting to me about film was that it expanded stylistically what you could combine together. That was hard to do in the real world.

Can you talk about the challenges of staying fresh on a longer-running project like Dexter?
Well, I always try and keep reinventing things. Obviously with Dexter that ran eight years, and certain themes become set pieces. But there are always new situations and characters to work with, and it was always fun to rearrange the themes in new ways. I’d always try and change up my instrumentation for each season and that would spark some creativity.

It was sort of hard to get the lighter sides of Dexter, the humor. What I decided to do was use kind of humorous instruments that are typically used in comedy—pizzicatos and light percussion—but having them play more Gothic music. It was sort of coming out of The Alfred Hitchcock Hour with a little bit more of a modern feel. That was a kind of tough nut to crack: how to deal with the lighter moments in Dexter.

Is any one thing more important in informing those choices? Are characters and dialogue more important than the setting or time period?
There’s always a little bit of both. Sometimes a score is going to want to have a special ethnic or geographical character to it. For something that took place in Russia, I’ve used Russian choirs—that’s sort of the most obvious choice.

Sometimes you wanna kind of play against that as well. In Dexter I was playing not the usual instruments, if you’re thinking of a serial killer. I used a lot of harps, pianos, women’s voices … sort of not-as-masculine sounds, lighter sounds with a heavier subject. But I mixed that up with percussion, so that gave it more of a kind of animalistic drive to it.

What about other ongoing projects? It’s been announced you’ll be returning for the next season of The Red Road. What can we expect from that?
I hit the ground running with that one, and I found it really took me two to three episodes before I started to figure out what the sound of the show was. Unfortunately, that’s sometimes what happens; you get hired and you’ve gotta just go for it. Now I feel like I know what it’s about more, and the sound is going to be more focused for this next season.

How does that compare to composing for a feature film?
TV, frequently, you have less time. I’ve actually been hired for a job on a Thursday and the show was on the air that following Monday. But hopefully you’ll get hired early on a show and have time do all the research, they’ve shot the pilot, and you have two months to work on the pilot, which gives you a chance to really develop sounds the same way you would as with a movie.

What do you typically do with the extra time to plan beforehand?
Whenever I start a job I try to spend as much time as I have—two, three, four weeks—just doing what I would call research and development. That might be sound design with special synth patches. Or sampling; I’ll record instruments in odd ways, being played with different techniques—bowing vibraphones or glockenspiels, playing on the inside of piano with spoons—to try and get new textures. So usually I’ll spend a few weeks doing that, and then writing themes as well.

How do you write or improvise to a specific scene?
A lot of people will start with a click track, you know, a steady tempo. Then they’ll score a scene and it makes everything sound so mechanical. Sometimes, when a scene feels like it needs to flow emotionally, I want to go in and play with a tempo that just reacts. I have a piano, so I can play along with the scene, capture that on the computer and then I can go back in to figure out what the tempos are and get it to line up like a piece of music.

But at the same time you’ve got to be really careful not to be so eager to please that you don’t please yourself. You’ve got to make sure, ultimately, that you feel what you’re doing is helping the show. Having good musical training is good for you, but it’s not going to help the project, necessarily. You don’t really need to talk to them about music. You need to talk to them about: ‘What is the music trying to say? If you gave it a dialogue line, what would that line be?’ Get it to work in a form they know.

You’ve mentioned in interviews you think it’s important for composers working in film or TV to familiarize with screenplays. Are there any screenwriters you particularly admire or hope to work with?
I haven’t really thought about writers. It’s more directors, and a lot of time directors are writers. For me, I was writing scripts—I mean I still do that. I just found that by writing you kind of learn the language of the people you’re trying to create for. It’s helpful to know their language, because basically what we’re trying to do is help tell a story, so as much as you can learn about storytelling the better you’re going to be at your craft.

Why did you choose BMI?
I didn’t actually know much about it when I chose BMI. I was young, I didn’t know what a royalty was, and I was working at a commercial house in New York City. But it’s a great organization and if I had known better I would’ve chosen it anyway. I’ve stayed with BMI because I think that they have represented my interests well. And Doreen Ringer-Ross has always been great to me.