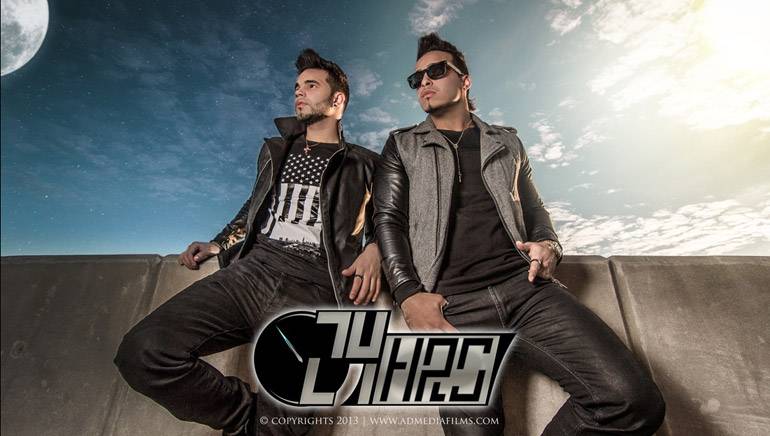 When most 14-year-olds were rebelling against their parents, Joell Jaquez and Mickey Then were learning how to compose melodies. Today, the New York-born cousins, who grew up in Manhattan, are professional singer/songwriters specializing in bachata music.

The traditions of bachata compositions are rooted in romantic ballads, often about unrequited love. The music consists of traditional instruments such as a lead guitar, rhythm guitar, electric bass guitar, bongos and the güira, which is similar to the maraca.

The cousins, both 24, released their first album Los Inolvidables in 2010 along with the group’s third member Jiory Garcia, who has since left the group. 24 Horas is scheduled to release their second album toward the end of this year.

“We’re constantly performing, writing and working with other artists as well,” Jaquez says. “We had the opportunity to work on Prince Royce’s Soy el Mismo album and we always look forward to working with new and emerging voices.”

Jaquez and Then have also worked with K-Rose, Sessino and Frank Reyes, among others. Additionally, they’ve learned to adapt to the constantly evolving business by writing in several genres. The cousins took time to speak with BMI about their new project, the origins of the band’s name and writing about romance.

What are you working on now?
Mickey: Right now we’re working on the second production of 24 Horas. The first production was released in 2010 when we had four No. 1s on the Billboard charts. Since then we’ve been working constantly. We wrote “Te Robare” for Prince Royce. We like working with other artists. It’s been four years since our last album, so we’re very excited to be working on new music. As composers, we write everything from bachata to regional Mexican and pop ballads. We can go in many directions musically.

Can you talk about your evolution as a group?
Mickey: What we do is different than Romeo Santos or Prince Royce. We’re different in that we are taking bachata in a different direction without losing ties to the traditional sound.

Why do you think the bachata movement is so strong?
Mickey: I think bachata is a genre that people really like because it’s new, it’s growing and there aren’t really that many artists performing it. The public is learning how to dance to the music. People are really relating to it. It’s romantic, accessible and people can cry with the music, too. Aventura made it accessible internationally.

What is the writing process like for you as a group?
Mickey: We write most of the songs individually, and then we get together. If I’m alone I start with the idea, then we meet up and continue writing together. For most of the songs we focus first on the melodies before the lyrics. Much later, after we have a melody, we write the lyrics. We improvise a lot. We have the microphone on and improvise on the spot. There are songs that we can write in three minutes and then there are songs that take much longer, even months, as the song evolves. It’s important to find the right chord, the right emotion.

What inspires your writing?
Mickey: Each song has a different inspiration. It all depends on the moment, the situation. Most of what we write is not themed around what’s happening to us. We like to write about what people are going through. We’re romantic and we enjoy writing about romance. We focus on women and romance.

Is there a reason why you don’t write about your personal lives?
Mickey: Most of the songs are not about us. The song “Porfavor” is about asking a woman to fall in love, but it’s not about me. We write about what people are going through and that inspires us musically. We try to put ourselves in other people’s shoes and we create narratives around those ideas.

Is there a memorable career moment or song that stands out?
Joell: One of the most special songs for us is “24 Horas,” the song that was our first single and the song that gave us our name. Before that song we had conflict in finding a name. It was a song that was born naturally. It worked and became a major part of our path. The song gave us an energy that just came through in a great way and that’s why it’s so meaningful.

Tell us about your new album.
Joell: Our new project will likely be released in the third quarter. We’re working with several producers such as Dice. We’re also working with some of the guys who work at Don Omar’s Orfanato [Music Group]. We’re always open to new collaborations with other producers.

What advice would you give to those artists starting out in the business?
Joell: One of the most important pieces of advice is to never give up. Always keep looking forward and take the negative as constructive criticism and turn it around into a positive. Never let yourself fall no matter what.

Why did you decide to join BMI?
Joell: We’ve been signed to BMI since we were 16. We heard good things from other artists and that is why we joined. The positive energy from those at BMI makes all the difference. We want to make many hits for BMI.