Posted in MusicWorld on April 16, 2012 by Ted Drozdowski 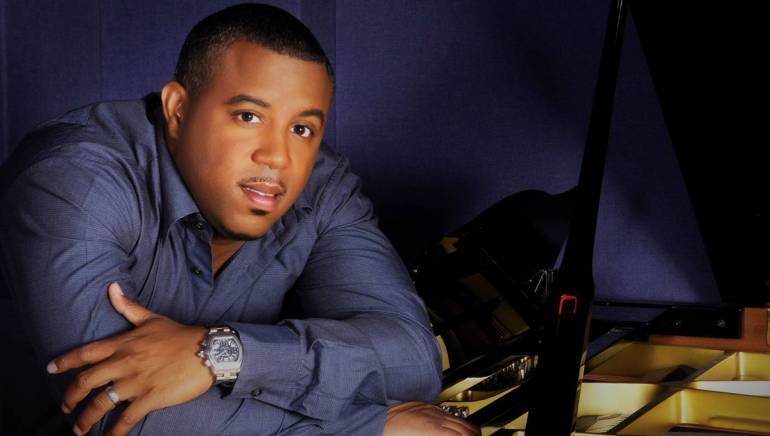 When Wayne Hector picks up the phone at his home in Surrey, England, his voice is competing with the sound of laughing children and birds loudly singing. It’s as if he’s on the line from a scene in a beautiful old Disney cartoon, and Hector — who has 30 number one hits on his resume — admits he’s living a charmed life. He’s written smash records, including the current chart-burners “Starships,” for Nicki Minaj, and “Glad You Came,” for the Wanted. Both tunes are on Billboard’s “Hot 100” as we speak. And they follow a string of hits that have been cut by the Pussycat Dolls, Susan Boyle, Def Leppard, Donna Summer, Rascal Flats, Westlife, Ruben Stoddard and the list goes on. For Hector, it all started when he realized his childhood ambition of being a pop star at age 20 with new-jack-Brit outfit Rhythm N Bass, and then realized he didn’t really want to be a pop star. “I didn’t care for the trappings, the hustle, people always wanting to talk to you,” he says. “I realized what I really loved was writing songs and the production end of things, so I could be creating music, but be in the background so I could still have a real life.”

1. Was there a song or artist that made you want to become a songwriter and musician?
Yes, it was “Annie’s Song” by John Denver. I was five years old when I heard it and I sang it all the time. It has such a beautiful melody, and it’s still one of my favorite songs. My mum tells me I would not stop singing it, and people started to say they liked my voice, and encouraging me just made me want to go on.

2. What songwriters have influenced you the most?
Jimmy Jam and Terry Lewis, Burt Bacharach and Hal David, Baby Face, Rogers & Hammerstein…the list goes on. What I really get excited about is a song that says something everyone can relate to in a unique way, and they did that. With Jam and Lewis, it was also the relationship between their vocal hooks and musical hooks as well as the colorful little turns.

I grew up listening to rock, country, classical music and r&b in my parents’ house, so I think I carry all of those influences inside me, although I think everything I write has at least a little R&B in it.

The key, I think, is honesty and simplicity. Look at the stuff out there that sells 20-million albums, like Adele. Her last album is utterly honest. It’s simple and introspective, and not full of studio bells or whistles. It’s real music and people relate to that.

3. How did you make the transition from performer to songwriter?
It was easy. People in the business heard songs I’d been writing for the band and thought they were really good, so I was asked to write songs for other artists. [Simon Cowell collaborator] Steve Mac, who knew me from Rhythm N Bass, was working with a group called Damage, and the first song we wrote together for them was something I’d started when I was 16, called “Forever.” It was a No. 6 hit and Steve and I have written together ever since. When you start out having hit records and are lucky enough to keep that going, you’re always doing writing sessions. I have two or three a day, most of the time.

4. Where do your song ideas come from?
It’s different every time. I don’t have a writing formula. A lot of the times somebody — Steve or another collaborator — will play a snippet of music, like a melody or a rhythm figure, and I’ll just start riffing lyric and vocal ideas over the top. That’s how “Flying Without Wings” was written. I sang that line and thought it was interesting, and began to wonder what it really meant. How do you fly without wings? Is it about being high? Is it because you’re in love? Is it about freedom? I like to find ideas like that and then build the story that explains them.

5. What really makes a song work?
It’s a combination of finding an interesting way to say something that everybody can relate to, and it’s got to be special every time. Sure, sometimes clichés work. They’re clichés for a reason, but I know I’ve really done something special when I can express a direct feeling or idea in a way that hasn’t been done before.

6. How were “Glad You Came” and “Starships” brought to life?
Steve and I had been writing for the Wanted, so we knew what would be right for them. He started playing a piano line and I was singing out ideas, and it emerged from there. The melody shaped itself naturally, and I really liked it. It suggested the lyrics. Ed Drewett, who was writing with us, focused on using the strong melody in the verses. When we were done, we knew it would be perfect for the summer. Ed and I went away for a bit, and when we came back Steve had done his magic recording more instruments for the demo and we said, ‘Wow, this is a hit!’

“Starships” was a different writing team, but it came together very quickly, as the best ones always seem to. The line about the starships came up, and we thought, ‘This will be perfect for Nicki.’ We took the song to her quickly and she loved it, but decided she wanted to make it more personal, so she worked on the verses as well, but within three weeks we knew it was going to be the first single.

7. What advice do you have for aspiring songwriters?
Be as consciously judgmental of your own music as possible. Don’t think something’s good just because you wrote it. I’ve met so many songwriters who make that mistake. I don’t think everything I do is fantastic. Seek people’s opinions and take them seriously. I play almost everything I write for my wife, my mom…and I listen to their feedback.

8. What are your favorite albums?
Oh, there are so many. ‘Songs In the Key of Life,’ ‘Appetite for Destruction,’ ‘Back To Black,’ Nora Jones’ first album… The list changes every day.

9. What would you like to be able to explore in a song that you haven’t?
I’d love to write about social problems. I’d love to do a “What’s Going On?,” but apparently most A&R people aren’t interested in that. As a professional songwriter I’m supposed to write for artists who don’t have that kind of statement to put out there. I’d like to write with more singer/songwriters who are concerned about exploring socially conscious topics. That’s a goal for me.

10. Why did you choose BMI?
People I know said good things about BMI, and if my friends speak highly of an organization I want to try it out for myself. BMI has been good to me.